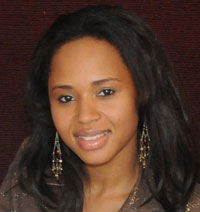 Hometown: Les Ceyes, Haiti (been in United States since 2000)

Why did you choose Butler: I chose Butler because of its reputation and the reputation of the physician assistant (PA) program, specifically. I liked the patient care aspect of the program and the availability of professors. And, the PANCE pass rate (which in 2009 and 2010 was 100 percent) is very impressive.

Most memorable academic experience(s) at Butler: It would have to be the relationship with professors. My bachelor’s degree is from the University of Nebraska-Lincoln. There, professors are very research oriented whereas at Butler they are very student oriented. It’s nice to be able to access a professor whenever you need; some even provide students with their cell phone numbers.

Activities you’re involved with outside of the classroom: I’m intimately involved with the Be Haiti campaign which involves raising $100,000 to develop a women’s and children’s clinic in Les Ceyes. I’m working with Butler alumnus Michael Hole ’08 and two other Butler students on the campaign.

The most important thing you’ve learned at Butler: Critical thinking. The PA professors teach students to analyze everything rather than just memorize the information.