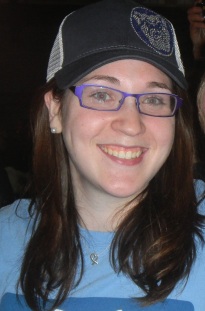 Why did you choose Butler? The elementary school that I attended was small, with less than 80 students in each grade. My high school was quite the opposite, with over 500 students in each grade. Neither felt right. The small school was very cliquish. I felt intimated in high school, and overwhelmed, especially having come from a small elementary school. Like in the story of “Goldilocks and the Three Bears,” I looked for a school that would be “just right,” not too big and not too small. In touring Butler’s campus, and looking at all it had to offer, I felt that I would get the most from my college experience here, limited only by my lack of initiative.

Most memorable academic experience(s) at Butler: The most memorable academic experience, negative as it was, was a turning point for me. I had been on track to pursue a science career. I did not do well on some early exams, and I thought my world had ended. I met with a professor, who very kindly suggested that “perhaps I was not cut out to pursue this track.” I was forced to rethink my priorities and switched majors. What a difference. I felt that I had arrived home, so embraced was I by the head of the Physical Education Department. I still continue to feel that way, some three years later.

Activities you’re involved with outside of the classroom: President of the Physical Education Majors Club. Co-president of Hillel. Active in College Mentors for Kids, Best Buddies, Kappa Delta Pi, Mortar Board, Indiana Association for Health Physical Education, Recreation and Dance.

The most important thing you’ve learned at Butler: Don’t put limits on yourself. Be flexible. Be receptive to new ideas and people.