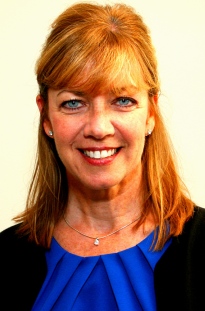 Current position and responsibilities: Director of Middle Schools with the New Albany Floyd County School Corporation, after having served as an assistant principal and principal for the last 15 years in NAFC

Major project/achievement of the past year: Transitioning our fifth grade students into our middle schools. We are now grades 5-8 AND achieved the highest ISTEP scores across all three middle schools in the history of our district! I was honored to receive the Indiana Principal of the Year Award in 2010.

Why did you choose your career field: I loved teaching and wanted to try to have a wider impact on teachers and students by serving as an administrator.

How did Butler prepare you for your career: The Butler EPPSP Program was life-changing for me. I never planned on going into administration, but, because of the program’s leadership and the cohort of people I worked with over the two-year period, I took a position the year after I completed the program. The 52 Proficiences were powerful and very effective for me as a Butler student.

Most memorable experience(s) at Butler: Believe it or not, my two children were young when I was attending Butler and I used to have them sit outside the classroom when my babysitter cancelled at the last moment. If they were good, I would allow them to get a snack out of the vending machines at the entrance.

Here’s what’s funny about that: Megan graduated from Butler in ’07 and Keigan graduated in ’10, and we would stop by those snack machines on almost every visit I had with them.