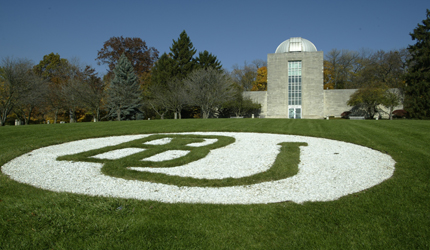 Hoping to remove some of the mystery involved in college admissions, Butler University gave WRTV (Channel 6) unprecedented and uncensored access into its decision-making process for a series of stories that aired on the Indianapolis ABC affiliate’s 11 p.m. news Feb. 27 and 28.

The stories can be seen here and here.

A half-hour documentary about Butler’s admission process will air at 7:30 p.m. March 14.

WRTV cameras followed five prospective students from their first campus visit through receipt of their acceptance (or rejection) letter to show how the University decides which students to admit, reject or wait-list.

“What we wanted to do is show that this is a rational and humane process that people go through,” said Tom Weede, Butler’s vice president of enrollment management. “We want students to look at Butler because it’s the right choice for them, and we’re trying to choose people because it’s the right fit for them and for us. So people could see what we go through, what we consider, all the factors that go into recruitment and the admission decision.”

Butler had no part in selecting the students who were profiled, and no Butler representatives saw the series before it aired.

Preparation for the stories began in the summer, after Butler agreed to be part of the series. WRTV came to a Butler open house for prospective students and asked for volunteers. The station selected students from central Indiana who were interested in a variety of majors.

Channel 6 News Director Kevin Finch said the series and the documentary, both called “The Envelope,” will show viewers something they’ve never seen before.

“We’re grateful for the cooperation we have received from Butler,” Finch said. “It has allowed us to cover this unique story from all angles—from the family’s kitchen table to the room where the university’s admissions officers decide who will be the lucky members of the next freshman class.”

Weede said he hopes people will see that the admission process is fairly straightforward and not secretive. He said a student can assess his or her chances of getting into most schools by looking at the data they publish about their students’ grade-point averages, SAT and ACT scores.

“But,” Weede said, “there are so many other things when you get to a selective admission process that people don’t know: Do children of alumni have an advantage? Do basketball players get in no matter what? There are just questions that strike at fairness. Ultimately, it’s a pretty fair process. We wanted to open the doors so people could see the details of the process.”