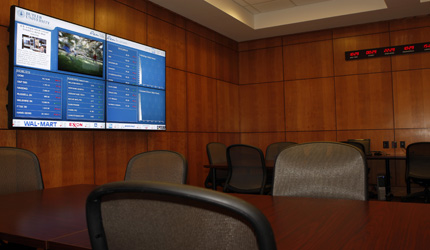 Many Indiana chief executives are planning to add jobs in 2012, but their economic optimism is being tempered by concerns about health care costs and worker training.

Those are some of the key results from the sixth annual “The State of Our Business – A Perspective from Indiana Executives” survey. The Butler University College of Business, Ice Miller LLP and Inside INdiana Business have partnered to gain insight and understanding on the significant issues facing the state’s business leadership.

“Optimism continues to slowly increase among survey respondents,” noted Phillip Bayt, chief managing partner, Ice Miller. “Many issues, such as corporate reputation, customer loyalty and retention, received importance ratings that are statistically equal to ratings received in past surveys. This indicates that even in times of major economic change CEOs maintain a relatively consistent structure of priorities.”

“Health care costs and how health care will be funded continue to be concerns that executives feel negatively impact their businesses and the economy,” said Bill O’Donnell, director of graduate programs, Butler University College of Business. “The lack of a trainable work force, too much uncertainty and lack of demand were all cited as reasons for not seeing a better economic turnaround.”

Study highlights from 2012 include the following:

The project partners identified 5,554 CEOs and other executive officers as potential respondents. Of those contacted, 552 responded to a comprehensive online survey designed by the Butler University College of Business.

The partners will continue to benchmark the results from the 2012 survey and monitor, discuss and analyze the state’s progress. A full summary of the report can be found online at: http://www.inceosurvey.com/