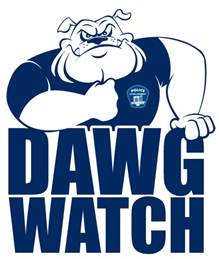 The information contained in this Crime Watch Alert is intended to keep you informed on recent activity on or around the campus of Butler University.

Issued: September 18, 2012 by the Assistant Chief of Police Bill Weber

On September 11, 2012 at approximately 10 p.m., a female student was approached by a man in the middle of Butler campus, between Jordan Hall and the College of Pharmacy and Health Sciences.  He told her he was a police officer and briefly showed a badge in his wallet. He then told her he needed to give her a breathalyzer (alcohol breath test).

Ater she gave the breath sample, he told her she could go.

After consulting with supervisors from the Indiana Excise Police, we have learned that this man’s actions are not consistent with procedures followed by Excise officers. Nor are they consistent with University Police Department procedures.

Excise supervisors advised that their officers normally work in pairs and will produce their badges and leave them out during an investigation. If a student requests additional identification, they will produce a second form of identification, normally a photo ID card. Further, they do not make random stops without probable cause.  If a detained student asks that a University officer be present, they will comply with your request. Indiana State Excise Police have been working on the Butler campus as part of the Intensified College Enforcement (ICE) program.

The man involved in the suspicious stop was described as follows:  a white male, 27 to 33 years old, 5-foot-10 to 6-feet tall, 155-165 pounds, with thick, dark hair trimmed short on the sides, clean shaven, wearing an untucked blue plaid button-down dress shirt over a white T-shirt, and dark jeans. It has been confirmed by Excise Police this unknown individual is not one of their officers.

Your safety is our utmost priority at Butler University. If crossing campus alone at night, please feel free to contact us for a safety transportation escort. Be aware of your surroundings, and make a mental note of all the locations of our Code Blue Phones. If a strange encounter occurs, call BUPD immediately at 317-940-9999. If something you see does not look normal, call us and let us investigate.

Questions on this Crime Watch bulletin or information on this investigation can be directed to University Police Detective Bruce Allee at 317- 940-8856 – email at bballee@Butler.edu – or to Corporal Travis Thickstun, Indiana State Excise Police, at 317-232-2469.

Visit www.Butler.edu/BUPD for the latest Timely Warnings and subscribe to the RSS feed. If would like to subscribe to the BUPD Dawg Watch Daily Crime Log – email Lindsey Birt at lbirt@butler.edu in the Department of Public Safety. This Timely Warning is intended to make the campus community aware of a specific incident or increase in criminal activity. Timely Warnings may be posted on the University police department’s website only or emailed to the campus community. Timely Warnings are meant to fulfill the requirement of the federal Jeanne Clery Disclosure of Campus Security Policy and Campus Crime Statistics Act.