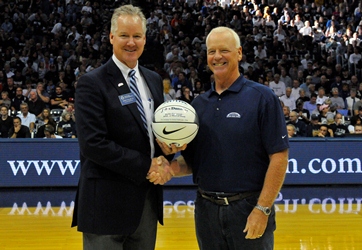 A past chair of the University Board of Trustees, Dunn played basketball as a Butler student and was inducted into the Butler Athletic Hall of Fame in 2004. He is now a private investment banker in Colorado.