When Jesus Was a Boy in Gary 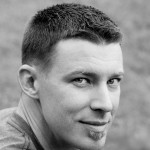 In the book, 11-year-old Revie listens to his mother tell him made-up Bible stories about Jesus as a boy. She tells him they’re the parts of the Bible that didn’t make the final cut.

“But the weird thing is,” Furuness said, “her stories about Jesus are set in the 1980s around Gary, Ind., so Revie gets the idea that she’s telling him in code that he’s going to be the Second Coming.”

Furuness, who grew up in the Gary area, is in his fifth year teaching at Butler and also serves as editor in chief of Pressgang, the book publishing imprint of Butler’s MFA program. In an interview, he talked about his new book.

Q: This is your first book. It must feel good to have finished.

Furuness: It’s nice to see it out in the world, yes.

Q: How long did it take?

Furuness: It took me about eight years to write. I started writing stories about this character and this family, and I wrote a whole story collection. Then I started over and made it a novel in stories. Then I burned the whole thing down and wrote it as a novel. Add a couple of years for the publishing process, and it’ll be 10 years, wire to wire.

Q: Where did the idea come from?

Furuness: There’s a story I love by Lewis Nordan called “The Sears and Roebuck Catalog Game,” and it has a mother who’s creative, imaginative, and also losing her mind a little bit. She feels trapped at home with her child and can’t pursue her own life. As a kind of escape, she gets out the catalog and makes up wild stories about the people inside to tell her son. I love that story, and I read it again and again.

Then one day when I was driving on I-465—I can remember this clearly, going to get off on 56th Street—a woman’s voice came to me, like she was talking in my head. She was telling a story about how Jesus and Lucifer were best friends, growing up. I whipped the car off the highway and I started writing it all down on the back of a receipt. Then I had to figure out who this woman was, and who was the boy she was telling this story to, and how it would affect him. 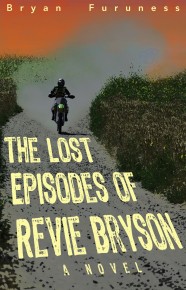 Q: Can you say how it affects him without giving away the story?

Furuness: The cumulative effect is that he comes to think he’s the Second Coming. That’s not her intent, of course. She thinks it’s all harmless fun. She has this wild imagination, and she’s trying to let off some creative steam so she doesn’t blow up, but it turns out that she’s a little reckless. Once she figures out that she’s actually been harming her son—once she thinks of herself as a bad mother—that’s when the story really takes off.

Q: It must have been fun to create stories about Jesus in the 1980s.

Furuness: That was the best. There’s one where Jesus crashes in a Radio Flyer wagon and loses the tip of a finger, and Jesus and his mother have to go searching for it. That’s called “Parable of the Lost Finger.” Then there’s one about a pet turtle that he accidentally kills and brings back to life, thereby discovering his powers of resurrection. There’s another called “Bible Bowl,” where Jesus goes on a game show about Bible trivia and just wipes everybody out.

Q: And it must be fun to write stories where you crack yourself up.

Furuness: Actually, it’s a bad sign if I’m really cracking myself up as I write. I don’t know why this is, but it’s reliable in my process. If I’m cackling away as I’m typing and thinking, “Wait till they get a load of this”—then I know I’m going way over the top and it won’t come across as funny to anyone else. But when I come up with weird concepts like this and I tell myself to play it straight, to take this weird stuff seriously, that’s when other people tell me it’s funny. So it was fun to write those stories. But not slapstick-y fun.

And it’s fun now, too, when I hear from readers and friends and people I haven’t run across in years, and they tell me they enjoyed the book. If it makes them happy, that makes me happy.