The Butler Collegian was named Best All-Around Non-Daily Student Newspaper—for the second consecutive year—by the Society of Professional Journalists for the three-state region that includes Indiana, Illinois, and Kentucky. 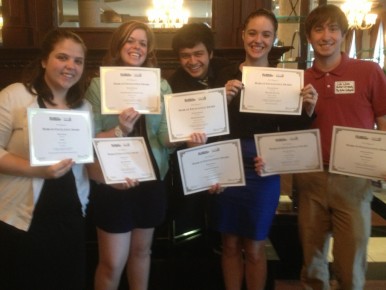 Collegian staffers were honored with a total of eight SPJ Mark of Excellence awards at the Region 5 and Region 7 annual conference, held April 27 in St. Louis.

Two weeks ago, The Collegian was recognized for the second year in a row as Division II Newspaper of the Year, and staffers won two dozen awards in the state contest.

Both contests are judged by professional journalists from around the country.