Butler to Honor Alums and Professor Emeritus May 4

Butler University’s Alumni Association will honor several alumni and a professor emeritus for extraordinary professional achievement and service to the University and their communities at the annual Alumni Recognition Dinner on May 4. Awards and honorees include: 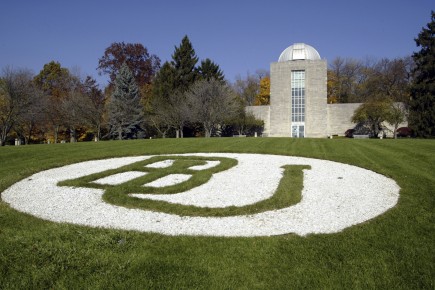 Butler Medal
Thomas Elrod ’70
Elrod had an award-winning career in the entertainment, travel, sports, and leisure time industries, including 24 years as an executive of Walt Disney Corporation. He is a trustee emeritus and former chair of the Butler University Board of Trustees. He earned a degree in radio-television from the Jordan College of Fine Arts, now called Jordan College of the Arts.

Butler Service Medal
Art Levin
Levin is an emeritus professor of journalism, who taught from 1972 to 2004. He chaired Butler’s Journalism department from 1973 to 1997, overseeing its growth from two faculty members and fewer than 30 students to six tenured faculty, several instructors, and 200 majors.

John Marsh ’71 and Mary Marsh ’70 will receive the Mortar Award, presented annually to a person or couple who have personified the Butler spirit by demonstrating great vision, leadership, and generosity to the University over a lifetime.

John earned a bachelor’s degree in business administration from the COB. He recently retired as owner/operator of Marsh Building Supply, Inc. Mary earned a bachelor’s degree in political science from Butler LAS and a juris doctorate from Indiana University School of Law – Indianapolis. She worked 32 years in trust and account administration for National City Bank of Indiana, rising to the rank of senior vice president.

The Ovid Butler Society Foundation Award will be presented to Nick Musical ’02 and Beth Musial ’05 MBA ’08, both COB graduates. The Foundation Award recognizes leadership and generosity by University donors ages 40 and younger.