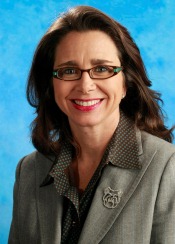 As vice president, Richey directs the University’s fundraising, alumni and parent programs, capital campaigns, annual giving, and corporate and foundation relations. She is a former member of the University Board of Trustees and past president of the Butler Alumni Association board.

“Butler University offers academic challenge and personal guidance to its students,” Richey said. “Butler prepared me and other members of my family to succeed in our professions and in contributing to society. I look forward to telling the Butler story as vice president for university advancement.”

“During her interim service, Shari has built momentum for our critically important development efforts,” he said. “Given her extensive University networks and institutional knowledge, and the strong support Shari enjoys among the trustees, administration, and advancement staff, she was clearly the top choice for this key leadership role.”