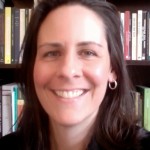 The fellowships are given to women scholars who are completing doctoral dissertations, conducting postdoctoral research, or finishing research for publication.

“I am deeply honored by this award, which will afford me the research time to complete the manuscript for my first book, Feminism, Queer Theory, and the Class Politics of Sex Work,” Beloso said. “That AAUW has seen fit to invest in me and my scholarship means the world to me.”

Beloso’s general areas of interest are transnational feminism, neoliberalism, prefigurative politics, critical race studies, information and communications technology, and critical university studies. Her writing has appeared in Signs: Journal of Women in Culture and Society and Feminist Media Studies, among other venues.

For the 2013-2014 academic year, AAUW awarded a total of $3.7 million to 245 scholars, research projects, and programs promoting education and equity for women and girls through six fellowships and grants. AAUW is one of the world’s leading supporters of graduate women’s education, having awarded nearly $100 million in fellowships, grants, and awards to more than 12,000 women from more than 130 countries since 1888.

“The American Fellowship program affords scholars the ability to become leading thinkers in their fields and have an impact across multiple disciplines,” said Gloria Blackwell, AAUW vice president of fellowships, grants, and international programs. “It’s also a recognition of their great potential because they are receiving support from one of the nation’s most respected women’s organizations.”