All lectures in the series are free and open to the public without tickets. For more information, call (317) 940-9657. Her talk is sponsored in part by the 25th anniversary celebration of Butler’s Undergraduate Research Conference. 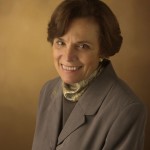 Earle is an explorer-in-residence at the National Geographic Society, founder of the Mission Blue Foundation, chair of the Advisory Council for the Harte Research Institute and the Marine Science and Technology Foundation, and former Chief Scientist of NOAA. She was named Time magazine’s first Hero for the Planet, a Living Legend by the Library of Congress, and a 2009 winner of the TED Prize. Earle has pioneered research on marine ecosystems and has led more than 100 expeditions totaling more than 7,000 hours underwater.

Earle is author of more than 175 scientific and popular publications, including “The World Is Blue: How Our Fate and the Ocean’s Are One” (2009) and “Ocean: An Illustrated Atlas” (2008). Her research places special emphasis on marine plants and ecosystems, and the development of technology for access and research in the deep sea.

She played a key role in bringing about increased support for U.S. National Marine Sanctuaries during the Clinton administration in 1999, and later helped inspire George W. Bush to designate vast tracts of American-controlled Pacific Ocean islands, reefs, surface waters, and sea floor as marine national monuments, limiting fishing, mining, and oil exploration. Today, she is leading a global effort to develop networks of protected areas in the sea—“Hope Spots”—large enough to protect the blue heart of the planet.

Earle has a bachelor’s degree from Florida State University and a master’s degree and doctorate from Duke University as well as numerous honorary doctorate degrees. She lives in Oakland, Calif.