She will be followed by Bhuchung K. Tsering of the International Campaign for Tibet speaking on “Human Rights in Tibet and the Tibetan-Chinese Relationship” (Oct. 22) and human rights defender Aracely Medina Castillo on “Honduras on Fire: Human Rights Crisis and Mass Migration” (Nov. 12).

Times and locations are below.

All lectures in the series are free and open to the public without tickets. For more information, call (317) 940-9465 or email smcevoy@butler.edu.

Barratt earned her doctorate from the University of California in 2002, her bachelor’s in political science/history from Duke University in 1994, and is currently pursuing a master’s in zoology from Miami University of Ohio.

She is director of the Joseph Loundy Human Rights Project, an undergraduate human rights research program. Focusing on a constellation of related human rights challenges, students learn from leaders in the field in Chicago and abroad, before engaging in comparative policy analysis. Recent foci include wrongful convictions and miscarriages of justice, drug policy, and police use of excessive force.

Barratt has conducted archival and field research in Central Asia, the United Kingdom, Canada, and Australia. She is author of Human Rights and Foreign Aid (Routledge, 2007) and The Politics of Harry Potter (Palgrave McMillan, 2012), coeditor of Public Opinion and War: Lessons from Iraq (Potomac, 2012), and editor of Human Rights Since 9/11: A Sourcebook (Open Society Foundation, 2013).

Tsering is interim president for the International Campaign for Tibet and columnist for the Tibetan monthly, Tibetan Review. He will address issues relating to political and religious freedom, the effects of non-Tibetans into Tibetan areas, environmental rights and human rights. He will also explain the Middle Way Approach as a peaceful solution to current problems. 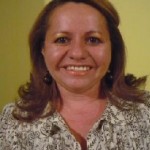 Medina Castillo is the deputy director of the Jesuit Center for Reflection, Research, and Communication, a think tank that conducts research and reports on societal trends and public opinion in Honduras.  She is also the national supervisor of Jesuit Migrant Services-Honduras (SJM) and the Social Ministries coordinator for all of Central America.

Honduras faces a human rights crisis. It is the most dangerous country in the world and, according to Human Rights Watch, “violence and threats by unidentified perpetrators against journalists, human rights defenders, prosecutors, peasant activists, and transgender people remain serious problems. Perpetrators are rarely brought to justice.”

Meanwhile, according to the State Department, roughly 13 percent of the Honduran population—1 million Hondurans—has migrated to the United States. Of those, 600,000 are believed to be undocumented.

Why is there a human rights crisis in Honduras? Who is being killed and why? What is the role of U.S. policy? And why are people migrating to the U.S.? Is there a connection with the human rights crisis?  These, and more, are the questions Medina will answer for her audience. She has worked for over a decade defending the human rights of Hondurans, focusing particularly on Honduran migrants and their families.

This event is co-sponsored with the Peace and Conflict Studies Program.