My love for magazines started when I was a kid. I would steal my mom’s Vanity Fair, drawn to its glossy pages full of glamorous people’s pictures. Magazines cultivated my strong interests in writing, fashion, and photography. 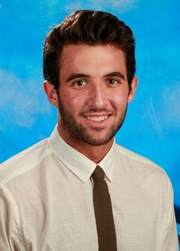 Early in my freshman year as a strategic communication major, I started thinking of possible summer internships. I targeted the magazine industry and shot for the stars. I received an offer to intern with Hearst Magazines’ public relations department for 12 weeks in New York City.

I saw firsthand that print magazines are working—and succeeding—at holding strong reader and commercial interest. The magazine staffs I worked with and learned from this summer are aggressively defining and promoting their titles.

Advertisers still recognize magazines as a valuable resource for their brand to advertise in. Harper’s Bazaar and ELLE just put out some of their biggest issues ever.

These magazines are making their mark on the digital frontier with interactive features for subscribers. In digital editions, readers can see behind-the-scenes videos, and other photos that aren’t in the print version.

Digital editions are a great supplement, but they can’t completely substitute for print copies. Some magazines that don’t have a strong history of being iconic brands may eventually turn only digital, but the Cosmopolitans of the world will stay.

As an intern, I liked being part of Hearst’s success. It was exciting to talk with my bosses and use terminology I remembered writing down and highlighting in my notebooks from CCOM classes. I was able to effectively communicate my ideas when helping prepare PR strategies for upcoming issues of Cosmopolitan and Marie Claire.

I assisted with press check-ins and red carpet duties for various events sponsored by the magazines that give the different labels credibility and keep them at the forefront of culture. At the Cosmopolitan For Latinas’ “Fun Fearless Latinas” award ceremony, I made sure that press and bloggers were talking to the hosts and guests. I also worked at Esquire’s after-party for Brad Pitt’s movie “World War Z” and when Marie Claire honored women such as Sen. Kirsten Gillibrand and actress Sarah Jessica Parker for the 50th anniversary of the Equal Pay Act.

I pitched the magazines’ content to local and national media, securing coverage for Cosmopolitan’s article on Carolyn Moos, ex-fiancé to Jason Collins, the first openly gay NBA player. I also released Cosmo’s cover story on singer-songwriter Demi Lovato to outlets across the nation.

I accompanied various magazine editors on TV interviews with “The Today Show” and “Morning Joe,” where they spoke passionately about their field. I saw how educated they are in what they do, making others excited about their magazine and the topic at hand.

For my final internship project, I pitched a PR strategy for Cosmopolitan to the entire public relations department.

I expounded on one of Cosmo’s already established outreach programs, targeting it to college women, a key demographic. I suggested for Cosmo to have a more hands-on approach with helping girls secure their first internship or job and to nail their interview. One of my bosses liked my idea and sent it to the associate publisher, which was an extremely exciting moment for me.

It was an eye-opening summer, in which I learned that magazines are not going anywhere but up. They will continue to be tastemakers for society.