College of Education Presents Film on Student Isolation and Bullying

REJECT, a 2013 Heartland Film Festival Official Selection, will return to Indianapolis at 3 p.m. Wednesday, January 15, for a free screening in Butler University’s Howard L. Schrott Center for the Arts. 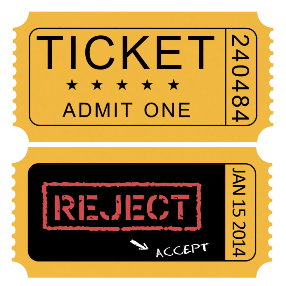 Butler’s College of Education and Indianapolis-based company Performance Services will co-sponsor the special showing and discussion of the movie, which deals with student isolation and bullying.

The event is open to the public, especially members of the educator community.

Admission is free, but tickets should be reserved at http://bit.ly/1hYZsoE.

REJECT exposes the correlation between social rejection, subsequent physical pain, and acts of violence by combining cutting-edge science with deeply intimate personal stories. It also highlights strategies for teaching school children how to prevent the rejection that leads to isolation and even bullying.

“The film does an excellent job communicating the detrimental effects of bullying on today’s youth, and I hope it will be used as a tool in our statewide anti-bullying efforts,” said Brandie Oliver, Assistant Professor of School Counseling.

This year, Oliver assisted the state of Indiana in creating anti-bullying legislation and preparing resources that Hoosier schools could use to meet the law’s requirements.

“After viewing the film at the Heartland Film Festival, I knew I wanted to get involved and find ways to share this film with other educators,” she said.

“The ideas in the film have received incredible support in Indiana,” Thomas-Suh said in a PSI release. “This seems like the next step forward for communities already engaged in thoughtful conversations around critical issues such as bullying and youth violence. Particularly exciting to us is the idea of the business community connecting with school leaders to look at these problems at the root-level and creating solutions together.”

REJECT will tour throughout the U.S. in 2014. The film is currently featured in a community-based outreach program with Purdue University Extension called “All In, Building Positive Communities.”