Butler Collegian reporter Ryan Lovelace has won a national award from the organization Investigative Reporters & Editors for the story “A Center and Its Director,” about the University’s creation of the Desmond Tutu Center and its hiring of Allan Boesak to be the first director. 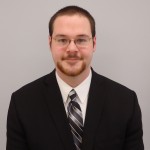 The story ran in the November 20, 2013, edition of the paper. The story is here, and a related timeline here.

The IRE judges said: “When Butler University named South African icon Allan Boesak as the executive director for its new Desmond Tutu Center, the announcement received widespread praise. Boesak’s role in working with Archbishop Tutu, Nelson Mandela and others to bring down the apartheid regime was highlighted. Butler Collegian Managing Editor Ryan Lovelace wanted to know more about the man being entrusted with university funds to run the center.

“In a three-month investigation, Lovelace used South African court records, documents from Wikileaks and interviews with sources in South Africa to document Boesak’s history. The former freedom fighter had been convicted of misusing donations made to his foundation.

“Although Boesak was still appointed to the Butler position, the article raised questions about his appointment and ability to manage a nonprofit center that has received millions in contributions. This was a powerful investigation done by a lone student at a small college newspaper with few resources. It should inspire other students to do similar work.”

The awards, given by Investigative Reporters & Editors Inc. since 1979, recognize the most outstanding watchdog journalism of the year. The contest covers 16 categories across media platforms and a range of market sizes. The awards also help identify the techniques and resources used to complete each story.

Entries are placed in the IRE Resource Center, allowing members to learn from each other. The IRE Awards were established in 1979. Winners from other years can be found on the winners page.

Lovelace, a senior from North Aurora, Illinois, will receive his award at the 2014 IRE Conference in San Francisco, California on Saturday, June 28.

“I’m excited to win this prestigious award and look forward to a professional career in journalism,” Lovelace said. “I am thankful for the excellent guidance I have received from the Butler Collegian staff and the School of Journalism faculty during my time at Butler.”

Loni McKown, faculty adviser to the Collegian and professional practice faculty member in the Eugene S. Pulliam School of Journalism in the College of Communication, said the idea to look into Boesak’s background was Lovelace’s.

“And the scope of his reporting—the incredible amount of research and depth of sourcing—is unlike anything a Butler Collegian student has dared to attempt, let alone publish,” she said. “While the three-month process was laborious, and often frustrating, the resulting finished product was professional quality. To have his work recognized by such a prestigious organization as Investigative Reporters & Editors bodes well for Ryan’s bright future as a professional journalist.”