Graduating journalism major Ryan Lovelace ’14 has been awarded a William F. Buckley Fellowship in Political Journalism. As part of the fellowship, Lovelace will work in the editorial department of National Review magazine in New York for a year. 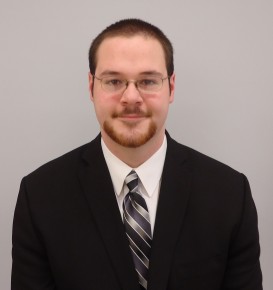 “I’m honored to become a William F. Buckley Jr. fellow, and intend to do my best to live up to the high standards associated with any position bearing his name,” Lovelace said. “I’m excited to continue learning about journalism at National Review and hope to contribute in any way that I can.”

Lovelace and Ian Tuttle from St. John’s College in Annapolis, Maryland, were chosen because of their passion for journalism and a steadfast commitment to conservative principles, the National Review Institute said in a news release.

Lovelace, a senior from North Aurora, Illinois, has served as managing editor of The Butler Collegian in 2013-2014. In early April, he won a national award from the organization Investigative Reporters & Editors for the story “A Center and Its Director,” about the University’s creation of the Desmond Tutu Center and its hiring of Allan Boesak to be the first director.

In a three-month investigation, Lovelace used South African court records, documents from Wikileaks, and interviews with sources in South Africa to document Boesak’s history. The former freedom fighter had been convicted of misusing donations made to his foundation.

“Ryan has a journalist’s gut and curiosity that drive him to pursue stories few other reporters are telling,” said Loni McKown, faculty adviser to the Collegian and professional practice faculty member in the Eugene S. Pulliam School of Journalism in the College of Communication. “He has a bright future as a national political reporter.”

National Review roving correspondent Kevin D. Williamson will serve as onsite mentor for the fellows, offering editorial feedback, guidance, and support in weekly reviews and hosting them in monthly lunches with leading conservative thinkers and journalists.