Luke Bunting ’14 didn’t have enough time to study abroad during his years at Butler, but he’s making up for that in a big way: Beginning in July, he’ll spend 12½ months in South Korea as a Fulbright Foreign Language Teaching Assistant. 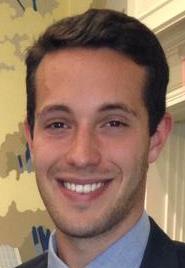 Bunting was notified in late May that he received the award, which will place him in either a suburban or rural setting. He’s Butler’s third Fulbright English Teaching Assistantship Award winner this year, which is a record number of winners for the University.

“I’m hoping to learn a lot about East Asian and Pacific relations, especially with North Korea, China, Japan, and South Korea continuing to play a larger and larger role on the world stage,” the Carmel, Indiana, native said. “Then, at the same time, the whole point of the Fulbright program is to help spread American culture and awareness of American culture, so I’m hoping to be a good ambassador for our country and expand the understanding of our culture.”

Bunting said he applied for the assistantship earlier this year after seeing a brochure for the program in Butler’s Center for High Achievement & Scholarly Engagement. He credits Director of Undergraduate Research and Prestigious Scholarships Rusty Jones and Assistant Professor of History Zachary Scarlett with guiding him through the process to apply for the prestigious award.

Bunting doesn’t speak Korean, “but that’s one of the advantages of this program—the South Korea program did not demand that its applicants already know the language,” he said. “When I get over there for the orientation, they’re putting me through a rigorous language course, along with all the others who were selected, and they’re giving us training on how to properly teach English to our students.”

At Butler, Bunting majored in political science, with a minor in history. He wants to go into government work when he finishes the Fulbright program, and he thinks a year in Korea will help his prospects.

“I think having more world knowledge and knowledge of another culture will be helpful,” he said. “I’d really like to get inside the culture to see a lot of different points I feel Americans in general don’t understand and take that knowledge with me to be able to work in policy in Washington, DC.”