Among the donors to the multimillion-dollar fundraising campaign that will renovate Butler’s 86-year-old Hinkle Fieldhouse is a five-time NBA championship coach with no discernible ties to the university. 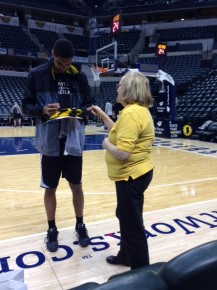 But as the Indianapolis Star’s Zak Keefer reports, San Antonio Spurs Coach Gregg Popovich, the NBA’s 2014 Coach of the Year, remains a Hoosier at heart.

Read the story of Popovich’s donation to the Campaign for Hinkle Fieldhouse here.