Author Michael Martone will make an endowed gift to Butler University in honor of his parents, Patricia ’53 and Anthony Martone, to support undergraduate English majors as they travel to conduct research and publish work about the state of Indiana and its citizens.

“My main interest is not to have another contest or award, but instead encourage writing,” Martone said. “Especially writing that is about place, since my own career has been about writing about Indianapolis and about Indiana, and my mother, who wrote a lot in her retirement in Fort Wayne, wrote specifically about her community and the state.” 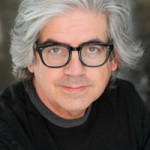 Only half-jokingly, he added, “If somebody wanted to write a proposal about going to Shapiro’s downtown and then write about the experience, that would be great.”

Martone, a novelist known for the book Fort Wayne is Seventh on Hitler’s List and several fake biographies – including one about him – has taught writing at the University of Alabama since 1996. He also has taught at Iowa State, Harvard, and Syracuse universities. Martone has won two NEA fellowships, and his stories and essays have appeared and been cited in the Pushcart Prize, The Best American Stories and The Best American Essays anthologies.

He attended Butler for five semesters in the late 1970s and has several ties to the University as a writer. He and English Professor Susan Neville co-edited a book called Rules of Thumb: 71 Authors Reveal Their Fiction Writing Fixations, which came out in 2006. This year, he and English Department Instructor Bryan Furuness finished collaborating on a book called Winesburg, Indiana, about “a sad town populated by people who have desperate, writeable private lives.”

The book, to be published next spring by IU Press, collects stories that originally appeared in Booth, Butler’s online literary magazine.

Martone has always written about Indiana. He’s currently working on The Collected Writings of Art Smith, the Bird Boy of Fort Wayne, a fake biography of an early aviation pioneer from Fort Wayne who’s also the inventor of skywriting.

“Art Smith was real,” Martone said, “and there’s evidence that he invented skywriting – which is exciting that the first writing in the sky was done over my hometown by this hometown hero. But there’s no documentation of that skywriting, so the book will be pictures that pretend to be actually taken of the skywriting, and the writing that I’ll do will be sort of faux scholarly ideas about that. I’m interested in satire and parody and examining what we believe to be fake and what we believe to be real. ”

Martone will return to Indiana on Oct. 24-25 for the Indiana Authors Awards and will officially give his gift then. He said he hopes the Patricia and Anthony Martone Endowed Gift Fund will attract contributions from his mother’s Kappa Alpha Theta sorority sisters and alumni who worked on Manuscripts, the campus literary magazine.

The gift agreement with the University specifies that special attention be paid to students who write about Indianapolis, Indiana and the Midwest, and, if possible, preference should be given to students who are involved with Manuscripts.

Patricia Martone graduated from the College of Liberal Arts and Sciences in 1953 with a degree in English. While at Butler, she was a member of the varsity debate team and also participated in speech and theater. She also contributed to The Drift (yearbook) and The Collegian (newspaper). Martone said some of her fondest memories were acting in A Midsummer Night’s Dream produced outdoors in Holcomb Gardens and debating the touring team from Oxford.

Anthony Martone did not attend Butler, but he was engaged with the University through his wife’s and son’s on-campus involvement.

Andrew Levy, Chair of Butler’s English Department, said Martone’s gift “celebrates both the creative potential of our students, and the undervalued cultural possibilities of Indiana and the Midwest. It’s incredibly thoughtful, and pitch-perfect, and we’re truly grateful for it.”