Butler University has named Thomas Paradis, currently Professor and Chair of the Department of Geography, Planning & Recreation at Northern Arizona University, as the new Associate Provost for Assessment, Scholarship, and Professional Development Programs. 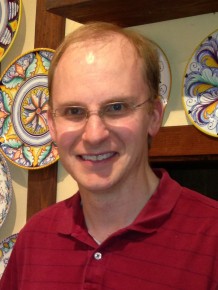 Paradis, who has been at Northern Arizona since 1997, will start at Butler on August 1. In his new position, he will oversee academic and administrative assessment on campus, institutional accreditation through the Higher Learning Commission of the North Central Association (HLC-NCA), faculty and academic staff development, the Office for Institutional Research and Assessment, and the Butler Institute for Research and Scholarship.

Paradis has been Department Chair at Northern Arizona since 2012. He also has served as:

Paradis said he was intrigued by how closely the job description related to his own experience with faculty development and academic assessment.

“I started looking at Butler and your reputation for undergraduate and graduate education and leadership, and what you’re doing with experiential learning is very impressive,” he said. “The core curriculum is really intriguing, and your focus on liberal arts and sciences along with professional education is important.”

Paradis grew up in the Connecticut mill town of Stafford Springs. A self-described “geography nerd,” he earned his bachelor of science in Geography from Pennsylvania State University in 1992, and both his master’s (1994) and doctorate (1997) in geography from the University of Illinois, Urbana-Champaign.

His research focused on downtown redevelopment and historic preservation in smaller communities. As part of his dissertation, he wrote about redevelopment in three places, one of which was Madison, Indiana.

Paradis has written four books, including Living the Palio: A Story of Community and Public Life in Siena, Italy—he’s led Northern Arizona’s study abroad trips there since 2013—and The Illustrated Encyclopedia of American Landmarks, which features 150 of the most important historical, cultural, and architecturally significant sites in America, shown in more than 500 photographs.

When he was hired at Northern Arizona, he taught Physical Geography, Weather and Climate, Cartography as well as World, Cultural, and Urban Geography. Now, as Chair, he teaches Urban Design and the capstone class for Geography majors.

Aside from being excited about becoming a Butler Bulldog (also his high school mascot, coincidentally), Paradis and his wife, Linda, will be much closer to family members scattered around the Midwest and Northeast.

“Our families will be surrounding us when we move to Indianapolis, given their locations in St. Louis, Chicago, Pennsylvania, and elsewhere,” he said. “That will be a wonderful benefit for returning to the Midwest.”