Wendi C. Thomas ’93, a columnist for the Memphis (Tennessee) Flyer, has been selected for the 2016 class of Nieman Fellows at Harvard University. 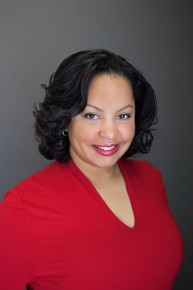 She and the 23 other fellows will begin an academic year of study at Harvard in the fall. Her work will concentrate on how to deepen the public conversation on economic justice using a multimedia news website and civic engagement campaign.

Thomas, who majored in journalism at Butler, has been working for newspapers for more than 20 years. She started her career at the Butler Collegian and then as an obituary intern at The Indianapolis Star. She worked as a reporter at the Indianapolis Star, a reporter and an editor at The (Nashville) Tennessean, and an editor at The Charlotte Observer.

In 2003, she returned to her hometown of Memphis as a columnist and assistant managing editor at The (Memphis) Commercial Appeal. In 2014, she joined the Memphis Flyer as a columnist. She’s also a distinguished writing fellow for the Center for Community Change, a Washington, D.C-based social and economic justice organization.

In 2008, Thomas founded the racial justice organization Common Ground: Conversations on Race, Communities in Action. The dialogue-to-action program has more than 1,500 alumni and is now a program of the YWCA of Greater Memphis.

The Nieman Foundation has educated more than 1,400 accomplished journalists from 93 countries since 1938. The fellowship has expanded in recent years to include a broad range of collaborative and experimental programs. In addition to taking classes during their time at Harvard, fellows attend Nieman seminars, workshops and master classes and work closely with Harvard scholars and other leading thinkers in the Cambridge area.

This year’s fellows include reporters, editors, columnists, a political cartoonist, a network producer, bureau chiefs, photographers, digital strategists, and news executives who work around the globe in all media.