Hayleigh Colombo ’12 has joined the Indianapolis Business Journal as a government reporter. 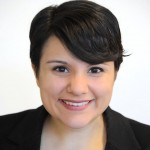 Colombo, who majored in journalism and political science at Butler, served as an education reporter for Chalkbeat Indiana, where her work focused on Indianapolis Public Schools, early childhood education and issues of education reform. Chalkbeat is a nonprofit news organization with bureaus covering education policy and practice in New York City, Denver, Indianapolis and Memphis.

Colombo began her career as a business reporter for the Lafayette Journal & Courier. She transitioned to the higher education beat when former Indiana Gov. Mitch Daniels became president of Purdue University. Her reporting for the Journal & Courier has appeared in the Indianapolis Star and USA Today and includes extensive coverage of Daniels’ presidency and the tragic death of a Purdue engineering student.

While at Butler, Colombo served as editor of The Butler Collegian in 2011-2012. During her tenure on The Collegian, the paper received the national Mark of Excellence Award for Best All-Around Non-Daily Newspaper (Small) by the Society of Professional Journalists and the prestigious Associated Collegiate Press Newspaper Pacemaker Award. As a student, she completed internships at The Hill in Washington, D.C., Wisconsin State Journal, Indianapolis Business Journal and Indianapolis Monthly. She has received numerous awards for work.