Butler to Honor 11 for Service to the University

Nine Butler University alumni and former President Bobby Fong will be honored on September 25 at the Alumni Awards Recognition Program for extraordinary professional achievement and service to the University and their communities.

This year’s winners are:

The awards will be presented at the Howard L. Schrott Center for the Arts at 6:00 PM as part of Homecoming Weekend festivities.

More about the winners and their awards follows. 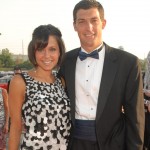 Emily, who earned her Bachelor of Science in Marketing from the College of Business, was captain of the cheerleading squad and active in Kappa Kappa Gamma sorority while at Butler. After graduating, she worked for GE Supply, later called Gexpro, as a contract implementation leader. She served as a student mentor in the Starfish Initiative for four years and is an active member of St. Luke’s Methodist Church in Indianapolis. In 2007, Will and Emily created the Richard McIntyre Endowed Book Fund to honor Emily’s late father. In 2012, Will and Emily had their first child, and Emily has been a full-time mom since then.

Will, who was Freshman Male of the Year in 2003 and a Top 100 Student in 2005 and 2006, earned a Bachelor of Science in Finance at Butler. He was captain of the men’s golf team and a member of Phi Kappa Psi fraternity. He started as a financial advisor at Merrill Lynch after Butler and is now First Vice President of Wealth Management, focusing his practice on financial planning and investments for individuals and institutions. Will has been a member of Butler’s B-Association, Ovid Butler Society Executive Committee, and the Young Alumni Board, where he served as President.

The Ovid Butler Society Foundation Award honors one person or couple (age 40 and younger) who demonstrate leadership and generosity to Butler University. 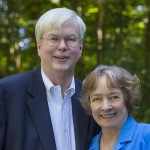 Nancy Brown, who studied English at Butler, is a current member of the College of Liberal Arts and Sciences Board of Visitors. She is a past member of the OBS Executive Committee. While a student at Butler, her activities and honors included Alpha Chi Omega, Dean’s List, Alpha Lambda Delta, Sigma Tau Delta, Mortar Board (President), History Club, Literature Club, Spring Sing (Director), Geneva Stunts (Co-Director).

Brown earned a Master of Arts in Public Relations at Ball State University in 1981 and went on to a career in corporate communications. She worked at First Chicago/NBD Corp. from 1978–2000, leaving there as a vice president, and became Director of Corporate Relations for ITT Educational Services. She retired from ITT in 2007.

Darrell Pieczko formerly worked as Director of Market Research for INB Financial. Brown and Pieczko live six blocks from the Butler campus and enjoy the atmosphere that the Carillon contributes to the neighborhood.

The Ovid Butler Society Mortar Award honors one person or couple each year who demonstrate great vision, leadership, and generosity to Butler University. 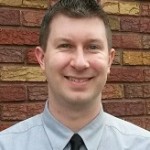 Brad Hamann, Managing Broker for Hamann Sense LLC, decided to attend Butler following a Butler Business Scholar’s Weekend. He majored in marketing and minored in psychology. As the bulldog mascot, he traveled to the men’s basketball team’s first Sweet Sixteen in 2003. Brad was recognized as a “Resident Assistant of the Year” in 2003 before becoming the Assistant Coordinator at University Terrace, serving approximately 150 students during his tenure. Brad was twice honored in the “Top 10 Outstanding Male Students” in 2003 and 2004.

Hamann continues to support the College of Business, Student Affairs, and Young Alumni Board, where he served as Vice President and President. He helped establish a scholarship, form a task force on alumni needs, and create the “Ambassador” program to engage members. Hamann met his wife, Andrea E. (Sands) Hamann PharmD ’08 as a client referral in 2009. They married in 2013 and reside in Butler Tarkington.

The award he is receiving is named for Joseph Irwin Sweeney, whose student career was cut short when he suffered an untimely death in summer 1900 prior to his senior year. It goes to an alumnus or alumna who has graduated within the past 15 years. 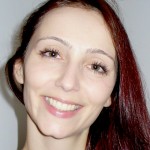 Nadja Halilbegovich was 12 years old when the war broke out in her native country Bosnia. Throughout the next three and a half years, she and all the citizens of the capital Sarajevo suffered from continuous shelling and the deprivation of basic needs. During the war, she began sharing her poetry and diary entries on the National Radio. Soon, she had her own radio show called “The Music Box.”

At 14, Halilbegovich’s diary was published in Bosnia. She became known as the “Bosnian Anne Frank,” and the Dutch National Television network created a documentary about her life. In late 1995, Halilbegovich escaped the war and came to live in the United States. That summer, the sequel to her diary entitled Dreamer’s Insomnia was published in Bosnia. She continued to speak and share her experiences.

She earned bachelor’s degrees in theatre and music performance from Butler University and was recognized as the first-ever student recipient of a “Woman of Distinction Award.” 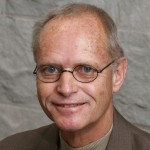 Barry Hohlfelder retired in 2008 after nearly 37 years as a television producer for NBC. His credits include producing “Sixth Hour News” for WNBC-TV in New York, writing news for WMAQ-TV in Chicago’s Channel 5 News, and news producer at WMAQ, where he produced special projects for Jane Pauley. He won a national Emmy in 1982 for an “NBC Nightly News” series called “College Sports, the Money Game,” and a local Emmy for co-hosting a series of championship high school football games with Greg Gumbel.

At Butler, where he was a radio and television major, he was a news director and anchor at WAJC-FM; appeared in two theatre productions; received a radio writing award sponsored by WXLW radio at the 1966 Honors Convocation; won a WIBC Radio Newscasting Award; and received the Alpha Epsilon Rho Senior Achievement Award in radio.

The Katharine Merrill Graydon Alumni Service Award is presented to an alumnus or alumna of more than 15 years for outstanding service to Butler University. 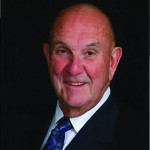 Allegretti was Chairman and Director of the Butler University College of Pharmacy and Health Sciences (COPHS) Board of Visitors for a combination of six years. He and his wife, Annette, have three sons: Carl, Paul, and Jim—all Butler University graduates. Carl ’83 is a Certified Public Accountant and Partner and CEO of Deloitte Tax LLP. Paul ’88 is a pharmacy graduate and is currently an Emergency Room Physician and Director of the Emergency Room Program for Midwestern University. James ’92 is a Certified Public Accountant and Partner with Deloitte LLP. All three sons played football for Butler.

For the past 25 years, Joe and Annette have provided various scholarship support to a Butler student majoring in Pharmacy or Business from Northwest Indiana. For the past 15 years, they have endowed a scholarship through the Crown Point Community Foundation for a student from the Crown Point area going to Butler University. They have also donated white coats to Butler Pharmacy students entering the professional phase of their education and supported the Athletic Department in the past.

The Robert Todd Duncan Alumni Achievement Award is presented to a Butler alumnus or alumna of more than 15 years for outstanding contributions in a career field or to society.

When Bobby Fong became President of Butler University in 2001, he was the only Asian American president of a private university in the United States. His decade as President of Butler was highlighted by highly successful financial management and strategic planning initiatives. The University implemented a new core curriculum, which included an Indianapolis service component; built or renovated a facility each year; completed a $154 million comprehensive campaign; and sustained an athletic program distinguished by its balance between academic achievement and competitive excellence.

He opened the Center for Faith and Vocation and the Center for Citizenship and Community, which became national models for involving students in faith and service to community, respectively. Under Fong’s leadership, Butler began its relationship with Shortridge High School, the Community Arts School, and, with a grant from the Lilly Endowment, its Pharmacy Outreach program.

The Butler Service Medal recognizes emeriti faculty or retired faculty and staff (alumnus or non-alumnus) for a lifetime of distinguished service to Butler University and to the community. 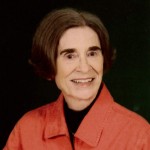 By the time Ann Wagner Harper got to Butler, she had already established herself as a local celebrity in music and broadcasting. Among her credits, she was the first female vocalist on television in Indiana, on WFBM (Channel 6); and first female disc jockey in the state, on WFBM radio, where she conducted on-air interviews with such personalities as Patti Page, The McGuire Sisters, Nat King Cole, Tony Bennett, and Bill Haley and the Comets.

When rock ’n’ roll hit, she decided to give up radio and finish her college education at Butler University. (She had started college at the University of Louisville in 1944 after winning a voice contest sponsored by the Louisville Courier Journal and WHAS, but moved to Indianapolis in 1947 to sing with the Art Berry Orchestra at The Columbia Club.) She earned her bachelor’s degree in speech, then taught high school, and completed her master’s degree at Butler in education and speech.

After graduation, the manager of WAJC, Butler’s student-run radio, asked her to join the faculty in radio and television broadcasting. She advised students and taught announcing and radio production. She later introduced two new courses, broadcast law and music in broadcasting. Starting as an instructor, she became a full professor, her proudest professional accomplishment. In 1985, she was inducted into the Indiana Broadcast Pioneers Hall of Fame. She retired from Butler in 1988. 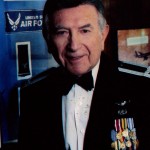 Sandy Rader has practiced law in New Jersey for 45 years. He served in the U.S. Air Force as a member of the Strategic Air Command Flight Crew from 1954–1956 and has been an Air Force Reserve Officer and Retiree Officer since 1956. Rader is currently the Director of Retiree Services and Affairs at Joint Military Base McGuire-Dix, Lakehurst, New Jersey, overseeing services for approximately 70,000 retirees and veterans.

At Butler, Rader organized the 1952 Junior Prom. He also served as president of the Sigma Alpha Mu fraternity; was a member and officer of the Arnold Air Society of the Butler Air Force ROTC Detachment; was an Air Force ROTC officer and on the Air Force ROTC staff in his senior year; was a house boy at the Delta Gamma house and a soda jerk at the C-Club; chaired one of the Greek caucuses on campus politics; and was a representative on the Interfraternity/Sorority Council.