Michael Hole ’08, a Boston Medical Center pediatrician and founder of an organization that works to reduce child poverty in America, has been named to the Forbes 30 Under 30 list of America’s most important young entrepreneurs, creative leaders, and brightest stars. 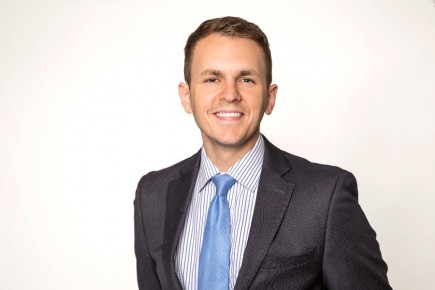 Hole is the cofounder of StreetCred, which he describes on his LinkedIn profile as a company that works to reduce child poverty in America by improving access to money and services available to low-income families and individuals raising children.

Hole, 29, was a double-major in Biology and Spanish at Butler. While at Butler, he founded Ambassadors for Children and Timmy Global Health, and he was active in Student Government Association and Delta Tau Delta.

After earning his bachelor’s, Hole went on to Stanford University, where he earned his MBA and Doctor of Medicine (M.D.).

Hole and the 29 others on the list were chosen from an initial screening of more than 15,000.

“Name a business sector, social issue or essential institution, they are taking it on and changing the rules of the game– or creating entirely new playbooks,” Forbes wrote. “In the past, youth was a handicap to professional success. Getting older meant more resources, more knowledge, more money. No more. Those who grew up in the tech age have way bigger ambitions — perfectly suited to the dynamic, entrepreneurial and impatient digital world they grew up in. If you want to change the world, being under 30 is now an advantage.”

Forbes said the process to make the list is “intense.”

“We look at thousands of candidates from 20 different categories and consider their game-changing quotient along various dimensions, such as impact, use of cutting edge technology or creativity, scalability or adaptability, number of people reached and dollars raised/generated,” it said.