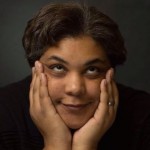 In November 2015, she won the PEN Center USA Freedom to Write Award for demonstrating exceptional courage in the defense of free expression. The judges said, “In her writing, she fights for women, for the LGBT community, people of color and anyone else who’s disenfranchised, who’s made to feel weak or small, and does so with passion and dedication.”