Matt Pauszek, a junior from Indianapolis, is the recipient of the 2015-2016 John Weidner Endowed Scholarship for Altruism in recognition of the extensive volunteer work he has done in the community. 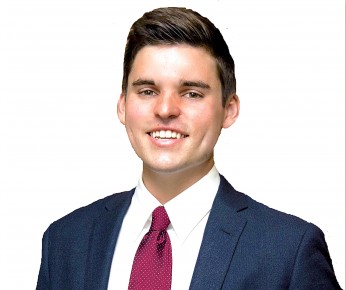 Pauszek, a Risk Management and Finance major, has served as a lead community volunteer for the Patachou Foundation, which provides food and education for families in Indianapolis. He also has volunteered with the Gleaners Food Bank; the US Dream Academy, an after-school and mentoring program; and the American Cancer Society’s Relay for Life.

He will accept the award at the College of Liberal Arts and Sciences Awards Day, Saturday, April 16, at 10:00 AM in the Reilly Room. His family will also attend.

“Matt submitted an outstanding application,” said Jess Butler, an Instructor in the Department of Sociology and Criminology and Butler’s Core Curriculum. “In his essay, Matt wrote about ideas of kinship, dialogue, and responsibility to others, and he reflected quite thoughtfully on his mission to fulfill the values and ideals John Weidner embodied and what the award means to him. We are proud to select a student as deserving as Matt for this honor.”

The Weidner award is named for John Weidner, a Dutch citizen and Seventh Day Adventist who, during World War II, saved the lives of about 1,000 British and American downed airmen, Jews, Dutch, Belgians and French fleeing Nazi persecution. Weidner was honored by five governments after the war and by the Holocaust Museum at its opening in 1993. After he died in Los Angeles in 1994, his widow, Naomi, started a foundation for honoring the altruistic spirit.