Two-time Grammy winner Rickie Lee Jones will perform an intimate evening of her songs on Thursday, August 18, at 7:30 in Butler University’s 450-seat Schrott Center for the Arts. 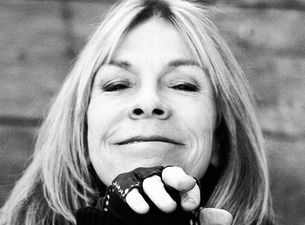 Tickets are $45. They go on sale Friday, May 27, at 10:00 AM at the Clowes Memorial Hall box office, at all Ticketmaster outlets, and cloweshall.org.

Jones exploded onto the pop scene in 1978 and has made a career of fearlessly experimenting with her sound and persona over 15 critically acclaimed albums. A cultural phenomenon, Rolling Stone magazine put her on its cover twice in two years, and Saturday Night Live gave her an unprecedented three songs for her second appearance.

She is both a character in the songs and the songwriter singing, defying convention with her sometimes brazen sexuality and the mixed bag of jazz, rock and what has come to be known as “confessional” songwriter performances.