Butler student-athletes posted a department grade point average of 3.253 for the fall 2015 semester and followed that up with a GPA of 3.338 for the 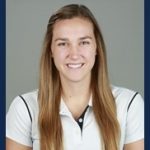 spring 2016 semester. Additionally, all 17 of Butler’s athletic teams boast cumulative GPAs above 3.0. These were among many 2015-16 academic highlights for Butler’s student-athletes in the classroom that were announced Wednesday, June 15.

“The Butler Way has always made academic achievement a top area of focus, and once again, our student-athletes have posted a very successful academic year,” Butler Vice President/Director of Athletics Barry Collier said. “I’m very proud of the caliber of student that we recruit to Butler University and the effort these students display to produce this level of accomplishment. I want to thank not only our student-athletes, but their coaches, our support staff within Athletics, and the great professors who do so much to assist students with their academic endeavors.” 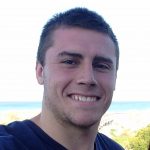 In the fall semester, 223 Butler student-athletes were named to the Athletic Director’s Honor Roll with a GPA of 3.25 or better. Twenty-nine Bulldogs posted a perfect 4.0 GPA for the fall 2015 semester. Those numbers increased for the spring 2016 semester with 266 student-athletes earning a 3.25 GPA or better and 38 individuals registering a 4.0 GPA.

Men’s soccer standout David Goldsmith was awarded third team Academic All-America honors from CoSIDA. Kellen Dunham, who graduated in May, was named the BIG EAST Men’s Basketball Scholar-Athlete of the Year. Football student-athlete Matt Shiltz earned the distinction as the Pioneer Football League’s Co-Scholar Athlete of the Year. He was one of nine Bulldogs to earn Academic All-PFL honors for their work in the classroom and play on the field. Numerous Butler teams earned accolades from their respective coaches associations for achieving a certain level of grade point average. 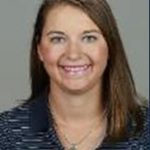 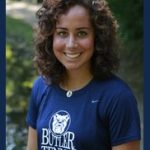 Erik Peterson of the cross country team and Sophia Maccagnone of the women’s soccer team were named institutional winners at Butler for the 2015-16 BIG EAST Institutional Scholar-Athlete Scholarships, which were announced by the conference in February. The award recognizes athletes for their academic and athletic achievements, and also their involvement in community service.

Additional BIG EAST academic honors for the 2015-16 academic year, including the BIG EAST All-Academic Team and the BIG EAST Team Academic Excellence Awards, will be announced later this summer.