Butler to Select a New Fraternity

Three Greek organizations interested in opening a chapter at Butler will present their proposals to the University community February 16–23, with a decision due by early March. 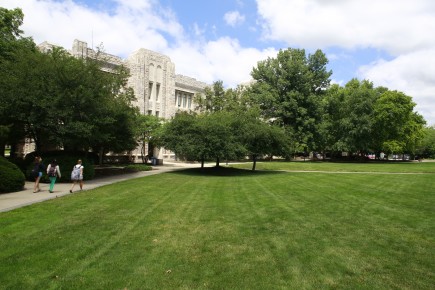 Beta Theta Pi was founded in 1839 at Miami (Ohio) University and has 137 chapters and 26 colonies in the United States and Canada.

Pi Kappa Alpha was founded in 1868 at the University of Virginia and has a total of more than 220 chapters and colonies across the United States and Canada.

Theta Chi was founded in 1856 at Norwich University in Norwich, Vermont. It has 235 chapters.

Anne Flaherty, Interim Vice President for Student Affairs, and Becky Druetzler, Director of Greek Life, said the University is committed to working with the organization selected to obtain housing. Butler requires that any organization invited to establish a chapter provides housing within 2–4 years.

The selection process began in January 2016 when the University contacted 25 national fraternities that had previously expressed interest in Butler’s fraternity and sorority community.