Butler University has selected Beta Theta Pi as its new fraternity, with colonization of the Butler chapter to begin in fall 2017.

A location for a future chapter house will be determined, and the University will assist in selecting the site. 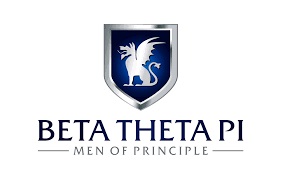 “In selecting Beta Theta Pi, the Expansion Committee considered Beta’s commitment to high standards and resources dedicated to chapter success,” said Becky Druetzler, Director of Greek Life. “As a fraternity, they prioritize partnerships, which was very evident during their presentation and echoed by other campuses. The addition of Beta Theta Pi will complement our existing chapters. We’re excited to begin this relationship.”

Beta, which returns to Butler after more than a century away from campus, will be the University’s fifth fraternity.

“This invitation establishes a perfect partnership between two storied institutions with aligned values of intellectual growth, mutual assistance and integrity,” Beta Theta Pi Executive Director Jeff Rundle said. “With support from campus students and administrators, Fraternity staff and more than 1,800 Beta alumni living in the Indianapolis area, we are confident that Beta Theta Pi will become a valuable asset to Butler’s Greek community.”

The selection process began in January 2016 when the University contacted 25 national fraternities that had previously expressed interest in Butler’s fraternity and sorority community. A committee of staff, students, alumni, and faculty reviewed eight extensive proposals and recommended three finalists.