Frank E. Ross III, a national leader in student affairs with 22 years of experience and degrees from both Ball State and Indiana universities, has been named Butler University’s new Vice President for Student Affairs.

He will take over the position in June. 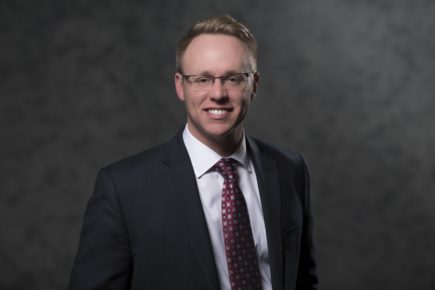 Ross served as a member of the NASPA: Student Affairs Administrators in Higher Education Board of Directors, was the national director of Knowledge Communities, and served as chair for the 2016 NASPA Annual Conference. He also was a member of the James E. Scott Academy Board for senior student affairs officers.

Ross will be joined in Indianapolis by his husband, David, and their son, Mason, both of whom share in the excitement about coming to Indianapolis and joining the Butler community.