The Butler University Seminar on Religion and Global Affairs presents “Religion, Refugees, and Migration,” four public seminars examining the experiences of refugees in various parts of the world.

The series begins Tuesday, September 19 with “Moving from Majority to Minority: Middle East Refugees.” That will be followed by “African Responses to Forced Displacement” (Tuesday, October 17), “The Ethics of Migration and Welcome in the Americas” (Tuesday, January 23), and “Hoosier Hospitality, Refugees, and Immigration” (Tuesday, February 27).

Each seminar meets from 7:00 to 9:00 PM at the Schrott Center for the Arts on the Butler University campus, 4600 Sunset Avenue. Seminars are free and open to the public.

The Seminar on Religion and Global Affairs is a program of the Center for Faith and Vocation at Butler University, promoting understanding of interfaith and intercultural relations through the discussion of religious issues in global perspectives. Internal partners include Global and Historical Studies, the Desmond Tutu Center for Peace, Reconciliation, and Global Justice, and the Philosophy, Religion, and Classics Department. Community partners are: the Center for Interfaith Cooperation; the Immigrant Welcome Center; and Catholic Charities Indianapolis Refugee and Immigrant Services.

This seminar will focus on the experience of those who move from Middle Eastern contexts to new places where they are often viewed with suspicion. 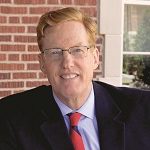 Joshua Landis (pictured) is the Director of the Center for Middle East Studies, and professor in the University of Oklahoma’s College of International Studies. He is interviewed regularly on platforms like PBS News Hour, Charlie Rose Show, CNN, and Fox News for his insights into current events involving Syria.

Rima Shahid Khan has been the Executive Director of the Muslim Alliance of Indiana since October 2015, in which capacity she seeks to cultivate interfaith harmony, build a diverse, inclusive Hoosier Muslim community, and preserve civil liberties for all Hoosiers.

(The Syrian Refugee Support Group of Indianapolis is a group of volunteers dedicated to providing much-needed assistance to Syrian refugees in Indianapolis. The panel will feature a representative from this grass roots local Syrian support network.) 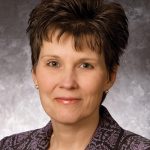 The Rev. Dr. Jan Holton (pictured) has conducted ethnographic research in various parts of Africa and has authored two books, Longing for Home: Forced Displacement and Postures of Hospitality (2016) and Building the Resilient Community: Lessons from the Lost Boys of Sudan (2008). Holton served on the faculty at Yale University Divinity School and currently works with Integrated Refugee and Immigrant Services in New Haven, Connecticut.

Kizito Kalima is a survivor of the Rwandan genocide and founder of the Peace Center for Forgiveness and Reconciliation. Kalima has spoken to a variety of audiences nationally and internationally, including the United Nations and the Rwandan National Commission for the Fight Against Genocide.

Robin Turner is Associate Professor of Political Science at Butler University, research associate of the Society, Work, and Development Institute at the University of the Witwatersrand in Johannesburg, South Africa, and coordinator of the African Studies minor at Butler University.

The Ethics of Migration and Welcome in the Americas
Tuesday, January 23, 7:00 PM
Schrott Center for the Arts, Butler Arts Center

Controversy over immigration into the United States from elsewhere in the Americas has led to a proposal to construct a wall along the southern U.S. border, as well as faith organizations, schools, and municipalities declaring themselves sanctuaries for illegal immigrants. 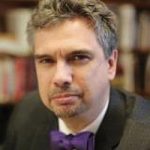 Rev. Dr. Miguel A. De La Torre is the Professor of Social Ethics and Latinx Studies at Iliff School of Theology in Denver, Colorado and the Executive Officer for the Society of Race, Ethnicity and Religion. De La Torre is a Fulbright scholar and author of The U.S. Immigration Crisis: Toward an Ethics of Place (2016). 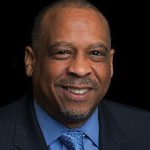 The Rev. John L. McCullough is President and CEO of Church World Service, a global humanitarian agency with programs in development, advocacy for social justice, and refugee assistance. He has overseen the agency’s concentration on sustainable access to food and water and served as a member of the White House Task Force on Global Poverty and Development. 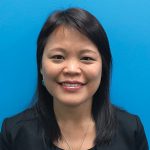 Naw Phaw (pictured) is from Burma and the Director of Language Services at LUNA Language Services. She is on the Board of Directors at Exodus Refugee Immigration, and also works as a volunteer with the Immigrant Welcome Center.

Rev. Emmanuel Musinga is the pastor of Grace Tabernacle Church in Indianapolis, a congregation serving refugees from Congo like himself.

Mastora Bakhiet is the founder of the Darfur Women’s Network and Director of the Women Development Section in the Community Development Administration for the Jebel Marra Rural Development Project in Darfur.

Maria Pimentel-Gannon serves on the board of directors of the Immigrant Welcome Center and the Center for Interfaith Cooperation.