Colson Whitehead, winner of the 2017 Pulitzer Prize for fiction, and novelist and short-story writer T.C. Boyle will be among the headliners in Butler University’s Fall 2017 Vivian S. Delbrook Visiting Writers Series.

All events begin at 7:30 PM. All are free and open to the public, but the Whitehead and Gyasi events require tickets. Tickets can be obtained beginning August 25 for Whitehead and September 15 for Gyasi at ButlerArtsCenter.org or the Clowes Memorial Hall box office.

The locations of each event are below.

More about each speaker follows. 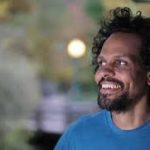 Gay is the author of three books: Against Which (2006); Bringing the Shovel Down (2011); and Catalog of Unabashed Gratitude, winner of the 2015 National Book Critics Circle Award and the 2016 Kingsley Tufts Poetry Award. Catalog was also a finalist for the 2015 National Book Award in Poetry, the Ohioana Book Award, the Balcones Poetry Prize, the Hurston-Wright Legacy Award, and it was nominated for an NAACP Image Award.

He is a founding board member of the Bloomington Community Orchard, a non-profit, free-fruit-for-all food justice and joy project. Gay has received fellowships from Cave Canem, the Bread Loaf Writers’ Conference, and the Guggenheim Foundation. He teaches at Indiana University. 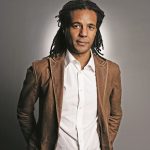 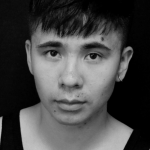 Vuong is the author of the best-selling Night Sky with Exit Wounds, which won the Whiting Award, was a finalist for the Kate Tufts Discovery award, and was a New York Times Top 10 Book of 2016. A Ruth Lilly fellow from the Poetry Foundation, he has received honors from the Lannan Foundation, the Civitella Ranieri Foundation, The Elizabeth George Foundation, The Academy of American Poets, and the Pushcart Prize.

Vuong’s writings have been featured in The Atlantic, The Nation, New Republic, The New Yorker, The New York Times, The Village Voice, and American Poetry Review, which awarded him the Stanley Kunitz Prize for Younger Poets.  Foreign Policy magazine selected Vuong  as one of its 2016 100 Leading Global Thinkers, alongside Hillary Clinton, Ban Ki-Moon, and Warsan Shire, and he was also named by BuzzFeed Books as one of “32 Essential Asian American Writers.” 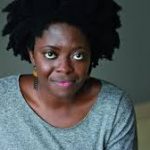 Gyasi was born in Ghana and raised in Huntsville, Alabama. She holds a BA in English from Stanford University and an MFA from the University of Iowa Writers’ Workshop, where she held a Dean’s Graduate Research Fellowship.

Her New York Times bestseller, Homegoing, traces the lives of two half-sisters—one sold into slavery, the other married to a British slaver—and the generations of family who follow, as their destinies lead them through two continents and three hundred years of history. 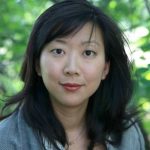 Youn is the author of Blackacre (2016), Barter (2003), and Ignatz, which was a finalist for the 2010 National Book Award. Her poems have appeared in numerous journals and anthologies, including the New Yorker, the Paris Review, and The New York Times Magazine, and she has been awarded fellowships from the Library of Congress and Stanford University, among other honors. A former attorney, she now teaches poetry at Princeton University. 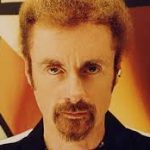 His work has been translated into more than two dozen languages, and his stories have appeared in most of the major American magazines, including The New Yorker, Harper’s, Esquire, The Atlantic Monthly, Playboy, The Paris Review, GQ, Antaeus, Granta and McSweeney’s. His awards include the PEN/Faulkner Award for best novel of the year (World’s End, 1988); the PEN/Malamud Prize in the short story (T.C. Boyle Stories, 1999); and the Prix Médicis Étranger for best foreign novel in France (The Tortilla Curtain, 1997).