Butler in the News in October

From the local media to 60 Minutes, alumni and faculty earned a lot of attention last month.

NEWS: The man who blew the whistle on Congress’ role in the opioid crisis was Joseph Rannazzisi ’84. When it’s time for college acceptance letters to go out, Butler does more than just the big envelope, as the Indianapolis Star reported. The Indianapolis Public Schools Board approved a second Butler Lab School. President James Danko weighed in on what can be done to clean up college basketball. And Butler was named the No. 2 Marketing program in Indiana by zippia.com, “a website dedicated to helping people find and pursue the right career.” 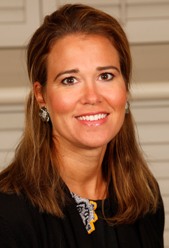 EXPERTS: Associate Professor of Education Brandie Oliver talked to the Crawfordsville Journal Review about the importance of school counselors. Associate Professor of International Studies Fait Muedini was interviewed by WIBC about the United States’ relationship with Puerto Rico. Tadas Viskanta, an instructor of finance in the Lacy School of Business, did an interview with ETF.com, the “world’s leading authority on exchange-traded funds.” Lori Desautels, Assistant Professor in the College of Education, wrote about what students can learn on the school bus for Edutopia. Business professors Bill Rieber and Dan McQuiston talked to Fox 59 about what Central Indiana can expect from the new IKEA store. Brian Landis, Managing Director of the Butler Business Consulting Group, provided his business expertise for an Indianapolis Business Journal article about a local welding company that makes and sells dry ice. And Gary Edgerton, Professor of Creative Media and Entertainment, contributed a review of Ken Burns’ The Vietnam War to the website TV Worth Watching. 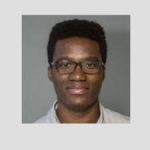 written a series of articles for Governing magazine related to local purchasing, small business growth, and city initiatives geared toward addressing economic inequality. Music for All named Matt James ’99 to its Hall of Fame. An interview with Katie Carlson, Creative Director for the band Walk the Moon, is part of the new book Midwest Music Business: A Primer. Jon Olson Jr. ’08 opened a bar in Kenosha, Wisconsin. Three-time NCAA All-American Kirsty Legg ’14 won the women’s division in the Manhattan Beach (California) 10K, finishing 28th out of 3,323 runners. Gregg Sargent ’71 put on a ‘60s show in New Hampshire. And Roseanne Fairchild ’81, has been hired as the State College of Florida, Manatee-Sarasota’s new Dean of Nursing and Health Professions.

SPORTS: Matt Shiltz ’16 got the start for the Montreal Alouettes of the Canadian Football League in their final game of the season. And Mike 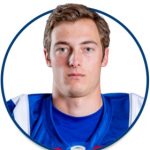 Lopresti of the Indianapolis Business Journal writes that Joey Brunk ’20 gets to be a basketball player again.

FINALLY: Hear what Rob Funkhouser ’17 can do with pots and pans.