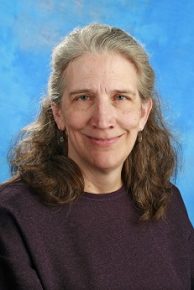 Provost Kate Morris announced Brooks’ appointment as Dean of Butler’s Jordan College of the Arts on November 15 at the conclusion of a two-year national search.

“With each role she has held, Lisa has demonstrated her commitment to students, faculty, and staff, both within the College and across the University,” Morris said.

Brooks said when she took over as Interim Dean on June 1, there was a question about whether she would be able to advocate for the other departments in JCA—Dance, Theatre, Arts Administration, and Art + Design.

“I’m a music professor,” she said. “I’m a musician. I’m sure there were people in the college saying, ‘Will she be able to not be music-centric?’ And I didn’t know, either. So I took over June 1, and by mid-August I thought, ‘I can do this job.’ I believe that I’ve proven to my colleagues in the other disciplines that I can be their advocate.”

So she applied for the position.

As Interim Dean, Brooks has already put her stamp on the College. She and the JCA department chairs have replaced the 4-year-old Butler ArtsFest with JCA Signature Events, which provide more student-centered experiences followed by a public performance. The Signature Event on November 14-15, for example, featured theatre artist Tim Miller, who presented workshops for students and an evening show for the public.

Brooks said her immediate goals for JCA are to reconnect with and energize alumni, and to become “a major player in arts education in Indianapolis.”

“The college’s vision is to become a nexus of the arts in Indianapolis through education and performance, and to become a destination for innovative undergraduate arts education,” she said.

“It was actually quite forward-looking for Butler to hire us as a job-sharing couple,” she said. “That enabled us to do a lot of performing in the community as violinists. We also have two kids, so it was a great way to balance life, and it worked out well. They knew that they got more than 100 percent from the two of us, and they didn’t care how we split the position. They said, ‘Here are the duties. Do it.'”

Brooks said she will continue to teach—she has six students this semester—and serve as an academic adviser.

“You can really lose touch with students when you sit in this office,” she said. “You don’t see them frequently, and you can lose touch with the very thing you’re advocating for. So I think it’s important for a Dean to teach, and I’m going to continue to do so.”