Butler in the News in November

Andre Lacy’s death, a political science professor’s quote, and Butler Ballet’s The Nutcracker all made headlines.

NEWS: Butler benefactor and Senior Adviser Andre Lacy was killed in a motorcycle accident in Africa. 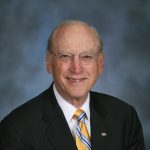 The Greenfield Reporter reported that Butler students partnered with a local pharmacy to help residents enroll in Medicare Part D.

Changes in the interior design of the Irwin Library earned notice from Library Journal.

EXPERTS: In a story that was picked up by hundreds of outlets, including US News & World Report, Los Angeles Times, and the St. Louis Post-Dispatch, Assistant Professor of Political Science Greg Shufeldt talked about President Trump’s tax plan. 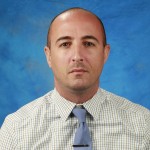 Trent Ritzenthaler, Executive Director of the Butler Business Consulting Group, was a guest on Inside Indiana Business, talking about the consulting group’s first 10 years.

Jason Lantzer, Assistant Director of the University Honors Program, spoke with The Times of Northwest Indiana about Prohibition, alcohol, and Indiana. 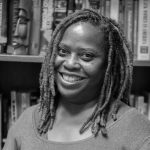 The Richmond Palladium-Item wrote about Rebekah Creech and the dinner she created to honor veterans.

SPORTS: Chris Holtmann talked to the Indianapolis Star about how difficult it was to leave Butler—and to play against Butler.

The young dancers in Butler Ballet’s The Nutcracker earned some attention.

ALUMNI: The Indianapolis Business Journal named Dave Ritzler ’03 MBA ’11 its CFO of the Year for private companies with revenues of $100 million or less. Ritzler is Executive Vice President of Finance at OurHealth.

Sarah Farnsley ’10 and Stirling Matheson ’09 made a short dance film. The Indianapolis Star has the story.

The Santa Clara (California) County Board of Education named Mary Ann Dewan MS ’94 as the interim superintendent of the County Office of Education.

George Stailey MS ’81 was named superintendent of the Missouri School for the Deaf in Fulton.