The 2017 Indiana Outstanding College Student of Spanish Award Goes To …

This time last year, Alex Bartlow ‘17 was studying abroad on the southeastern coast of Spain. Bartlow, a finance and Spanish double major, said the experience improved his Spanish skills immensely.

So, when his Spanish professor told him she wanted to nominate him for the 2017 Indiana Outstanding College Student of Spanish Award, Bartlow agreed. 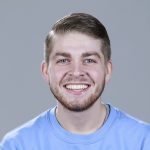 “I thought it would be a fantastic honor,” he said. “But I didn’t know if I would actually get chosen.”

Bartlow, along with four other Butler students, received the 2017 Indiana Outstanding College Student of Spanish Award, given by the Indiana Chapter of the American Association of Teachers of Spanish and Portuguese (AATSP).

The award is given to students of outstanding academic record, exceptional interest for the Iberoamerican culture, exemplary community service, remarkable overseas experience and astonishing passion for Spanish.

The recognition is something Bartlow said, he doesn’t take lightly.

“It places importance on the need to uphold and promote languages in the Midwest,” she said.

According to Evelti, that’s something Butler has done very well. 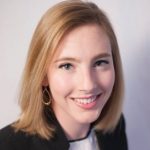 “The Spanish department at Butler is phenomenal,” she said. “The courses truly engage students, not only with grammar and linguistics, but also the culture of Spanish speaking countries.”

She said her Spanish professors have also become some of her closest mentors.

With graduation rapidly approaching, Bartlow and Evelti have no plans stop speaking Spanish. Both want to incorporate it into their careers and continue developing their skills.

“Spanish is such a part of my life now,” Evelti said. “I’ve spent eight years studying the language, and I don’t plan on forgetting it any time soon.”