Show time is 7:00 PM. Tickets are $40-$50. They are available at ButlerArtsCenter.org and all Ticketmaster locations.

This year’s GospelFest, An Evening of Praise and Celebration, will feature opening sets by Butler Jordan College of the Arts’ African-American Music Ensemble, Midwestern church and collegiate choirs, and gospel ensembles. The program also will feature a video tribute to the many musical artists and local community leaders that we lost in 2016 and 2017.

The mission of the event is to engage the greater Indianapolis and Midwest community in celebration and appreciation of this historic musical genre that has made a profound impact on the fabric of American culture and the global society.

GospelFest is sponsored by the Butler University Office of Diversity Programs, Efroymson Diversity Center, DJGENO.com, Meridian Media Productions, WHMB-TV, and the stations of Radio One. 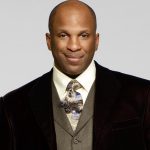 One of the major figures in gospel music in the 21st century, Donnie McClurkin occupies a territory that lies somewhere between the modern gospel of Kirk Franklin, the gospel soul of Andraé Crouch, and the contemporary traditionalism of Marvin Winans.

McClurkin owes a significant personal and professional debt to Winans, as McClurkin served as an Associate Minister at Winans’ Perfecting Church prior to establishing his own Perfecting Faith Church in Freeport, New York in 2001. By that point, McClurkin had one hit record under his belt—an eponymous 1996 set for Warner Alliance—and the Perfecting Church served as a foundation for McClurkin to not only build upon his musical career but to expand into television and film. 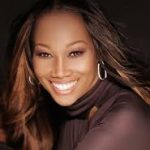 Billboard Magazine Gospel Artist of the last decade, Yolanda Adams is a five-time Grammy winner who believes that her music heals, encourages, and inspires others to trust more than themselves. She has triumphantly carried the torch for contemporary gospel and inspirational music via 13 albums.

Adams has earned numerous accolades, including the first American Music Award for Contemporary Gospel Artist and four Gospel Music Association Dove Awards, for her pioneering blend of modern gospel with R&B that’s infused with a touch of jazz.

The Yolanda Adams Morning Show, a program of her creation and ownership, can currently be heard on radio stations across the country. 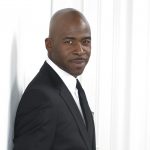 In 2011, Dillard and New G released their eighth album, Keep Living, which was recorded live in Detroit at the Second Ebenezer Baptist Church. Three years later, their album Amazing debuted at No. 1 on the gospel chart and stayed there for four consecutive weeks. It also debuted in the top spot of the Christian music charts thanks to the title track, which was No. 1 for six months. Dillard earned his third Grammy nomination, and 10 Stellar Award nominations. He won four.

In September 2017, Dillard released his 10th album, entitled 10, which also debuted at No. 1 on both the Gospel and Christian album charts. The album was recorded live in Washington, DC, in January 2017 on Martin Luther King Jr. Day.