Karen Thickstun Honored As One of United Way’s 100 Heroes

Butler Community Arts School Director Karen Thickstun has been honored as one of United Way of Central Indiana’s 100 Heroes for her efforts to grow the arts education program from 180 students in 2002 to more than 2,000 in 2016–2017.

The 100 Heroes awards are being given to 100 people from the Central Indiana community who have made a positive impact over the last 100 years. 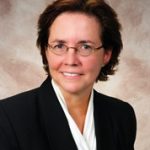 “I appreciate the opportunity to share with the community what the Butler Community Arts School is all about,” Thickstun said. “This is nice recognition for Butler, for the Community Arts School, for the Butler students who are doing something in the community. This isn’t about one person. It is about one person plus staff and faculty and Butler students and community partners that have been with us from the very beginning.”

The BCAS program was the vision of Peter Alexander, then Dean of the Jordan College of Fine Arts, who had started a similar community arts school at the University of Southern Mississippi. Alexander “saw the potential for using college students as the primary instructors and making inroads into the community with that dynamic,” Thickstun said.

Alexander approached Thickstun with the idea in January 2002. At the time, Butler’s only music instruction for the community was a piano camp. With the help of Arts Administration Professor Susan Zurbuchen, Thickstun secured a grant from the Indiana Arts Commission to provide need-based scholarships to students who wanted music lessons but could not afford them.

The program also now has:

-Sixteen summer camps serving over 600 students ages 7 and older. The camps include a summer ballet intensive that will be expanded to four weeks beginning in 2018, as well as theatre and music programs. A new guitar camp will debut in 2018.

“I’m proud that Butler has stood behind the program for 16 years and continued to support it,” Thickstun said. “Butler has recognized that it provides community engagement for the University students, in addition to all the good that it does for the children in the community.”