When most think about leadership, a CEO, or All-Star, or conductor might come to mind. Think Jeff Bezos, LeBron James, or Yo-Yo Ma.

Turns out, we may have it all wrong.

That’s according to new research from two Butler University Lacy School of Business professors. Instead of relying primarily on those at the top to lead—and only those at the top—the most successful organizations are full of individuals who lead from wherever they are, according to their research.

“We have a top-centric idea of leadership in America and we tend to attribute far too much of the performance of an organization to the person at the top of it,” said Craig Caldwell, Associate Dean of Graduate and Professional Programs. “That doesn’t accurately describe reality of how work gets done and it often results in the rest of us feeling like we are powerless cogs. Many people think that because they are not in a formal management role in the company, or the superstar of the team, they cannot be a leader. Our research shows that you can have a significant impact no matter where you are in an organization.”

Caldwell and Jerry Toomer, along with their co-authors, conducted more than 80 interviews across three sectors–business, the arts, and sports—to find out what traits define those individuals who make teams better. They call this The Catalyst Effect, which is also the title of their book that was published this week. 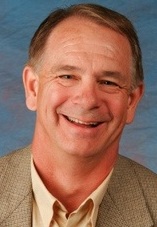 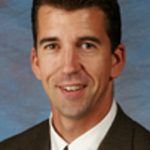 The book highlights 12 key competencies, centered on four cornerstones, that are the foundation of catalytic behavior. These competencies were gleaned from interviews with a wide cross-section of people, including bass players and concert masters, amateur athletes and professional athletes, business leaders and technical professionals.

“The magic of being a catalyst that sparks team performance is the ability to master most of the 12 competencies and use them in concert, at the right time,” said Toomer, an Executive Partner and Adjunct Professor. “The catalytic effect is maximized by using all of them to elevate the performance of the team.”

The four cornerstones are:

“My hope is that with this research we invite team members to realize that they can lead without formal authority. That they can lead from wherever they are, in whatever setting they work or play,” Toomer said. “We almost always think about leadership from a position of authority in traditional organization structures. This suggests that the most successful teams and organizations value everyone leading in unique, value-adding ways.”

Now, they say, the key is to train individuals in organizations to look for talent in a new way. If CEOs, for example, have a better understanding of the catalyst effect, they may change the metrics they use to identify talent.

“Right now, we look for superstars—those who sold the most in dollar volume, who stuffed the stat sheet in the last game or played the most notable solo,” Caldwell said. “Our research team believes that we have a lot of people flying below the radar. We need to view our high performers in new ways.”