New Theater to Be Named for Alumnus Howard L. Schrott

Butler University’s $13 million, 460-seat theater, which is slated to open in fall 2012, will be called the Howard L. Schrott Center for the Performing and Visual Arts, thanks to a $6.5 million commitment from Schrott, a 1976 alumnus and member of the University’s Board of Trustees. 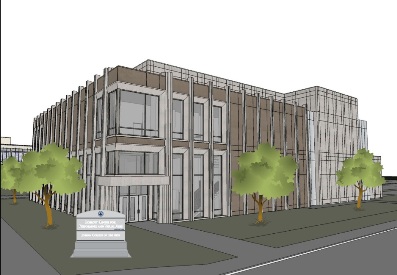 The Schrott Center will be located just east of Butler’s 2,100-seat Clowes Memorial Hall. It will be used as a primary venue for Butler Theatre, Butler Ballet and Butler School of Music performances, as well as for exhibition space for visual arts.

Groundbreaking is scheduled for spring 2011.

“This gift is the manifestation of an ongoing conversation with Butler about planned giving – giving that is less about what one can afford today, and more about discovering inventive ways to give that are beneficial for both parties,” Schrott said. “Before we began these conversations, I would never have imagined this gift would be possible during my lifetime. My hope is that this will encourage others to examine what is possible during their lifetime.” 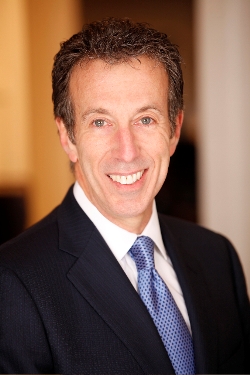 This is the latest of many generous gifts Schrott has made to Butler University over the years, including the endowment of the Howard Schrott Lecture Series for the College of Communications and the Master Control Room in the Fairbanks Center.

Schrott came to Butler as a student in 1972. Born in Alexandria, Va., he graduated from T.C. Williams High School, the school depicted in the movie Remember the Titans, where he met a Butler recruiter. Schrott hoped to study radio/TV and Butler proved to be a perfect fit. Now president of San Francisco-based Schrott Consulting, he was previously chief financial officer for Indianapolis-based Emmis Communications (1991-1999) and South Carolina-based Liberty Corp. (2001-2006), which was purchased by Raycom Media in 2006 for nearly $1 billion.

“We appreciate Howard Schrott’s generosity and devotion to Butler University,” Butler President Bobby Fong said. “We thank him for reaching out with a gift that will benefit both Jordan College of Fine Arts and the University.”

Schrott said the theater project was particularly interesting to him because the need for a mid-sized performance center dates back to his days as a Butler undergrad.

Michelle Jarvis, interim dean of Butler’s Jordan College of Fine Arts, called his gift “so meaningful to JCFA and the university.”

“The center will provide students the opportunities to perform, to experiment, to build their craft in the arts and to find their way into future careers,” she said. “It couldn’t be more meaningful.”

Butler has secured several other naming gifts for the Schrott Center. The theater will be named for the Streightoff Family, after Butler alumnus Frank Streightoff. The entryway/lobby will be called the Wood Grand Hall, after Butler trustee Billie Lou Wood and her husband, Dick. And the green room will be named the Templeton Room, for retired Butler administrator Bill Templeton and his wife, Jackie.

Other areas of the center yet to be named include the scene shop, box office, lower lobby, stage, staircase, control room and dressing rooms, as well as the theater seats and bricks.

“Howard’s generosity and desire to help current and future Butler students, coupled with the creativity of his advisors and Butler staff members Beatrice Cork and Kate Brinkerhoff, made this gift happen,” Helmus said.

Schrott said he has long felt grateful to Butler.

“For whatever success I’ve had in my career and life, Butler set the trajectory,” he said. “I feel real fortunate to have come to Butler.”