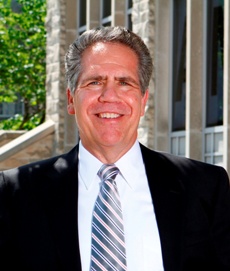 Today, Monday, Aug. 1, 2011, James M. Danko began his first day as Butler University’s 21st president. President Danko, the former Helen and William O’Toole Dean of the Villanova School of Business, and his wife, Bethanie, will reside in the University’s Carter House — the president’s home — across the street from the Butler campus.

Danko succeeds Dr. Bobby Fong, who left Butler after 10 years to become the president of Ursinus College in Pennsylvania.

“Bethanie and I are excited to be here. Butler University — with its exceptionally gifted faculty and staff, its talented students and the institution’s deep sense of integrity and community spirit — is the right fit for us,” said Danko. “I look forward to continuing and expanding on the University’s rich legacy of excellence.”

Prior to Danko’s academic career — which also included positions at Dartmouth College, University of Michigan and University of North Carolina-Chapel Hill — he was a successful entrepreneur and business leader for nearly two decades in his home city of Cleveland, Ohio, where he established his own medical equipment company.