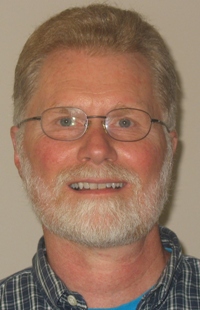 A decade later, Colburn, with the help of Butler sociology and urban affairs students Brad Vogelsmeier and Monica Williams, has reprised his role on a follow-up report, Assessing Community Progress on the Blueprint to End Homelessness. The new report evaluates how well the original plan worked and recommends several steps the next citywide plan should take to deal with remaining barriers to reducing homelessness. A draft of the report is available here.

“What I learned is Indianapolis is doing a lot better job meeting the needs of various homeless populations,” Colburn said. “But there are areas where we need to do more – especially prevention. It’s a lot less expensive to keep people in housing some way than to let them fall to the point where they’re homeless. So if you can subsidize rent, keep those folks in place, it’s much less expensive in the long run. It takes more resources for people who’ve been on the street for a long time to get them into housing, a job and all the things we take for granted in our daily lives.”

About a year ago, the Coalition for Homelessness Intervention and Prevention, which was responsible for the original report, asked Colburn and Professor Kevin Whiteacre from the University of Indianapolis to serve as co-principal investigators for an evaluation study of the Blueprint that would inform the development of Blueprint 2. Whiteacre examined census data on housing and analyzed data from a data-tracking system that is being implemented to helps social-service organizations track their clients.

Meanwhile, from late winter through spring and summer, Colburn carried out two-dozen in-depth interviews with a variety of community stakeholders – people who provide services, funding or leadership related to homelessness. Vogelsmeier and Williams each interviewed a nonrandom sample of 14 homeless people about their experiences to figure out where the strengths and gaps are in the social safety net.

“This study has a real, immediate application,” Colburn said. “We’re trying to help the community move forward with systematically collected and analyzed information. The first study on homelessness provided the community with factual information that led to the Blueprint’s collective goals and strategies for ending homelessness. This second study will help the community to identify what goals are worth retaining, which strategies have been working and what needs improvement — so that remaining barriers to ending homelessness can be identified and incorporated into the new plan, Blueprint 2, that’s going to be coming out next year.”

Colburn notes that the homeless population appears to be changing. His research for the original report found that many homeless at that time didn’t have a high school diploma. This time, he saw a number of homeless high school graduates and even some who had college.

“My students were taken aback by that,” he said. “That’s what we’re seeing as a result of this recession, the new face of homelessness.”

Colburn said the opportunity to do applied social research that was obviously of importance to the community was especially valuable for his students. “Hopefully, this is going to be a real incentive for their professional careers as they move forward,” he said.

All of the researchers recognize some disappointment that homelessness appears to be on the increase in recent years due to economic conditions.

“The overarching goal of the original Blueprint was to end homelessness,” Colburn said. “Obviously, as a community, we haven’t achieved that. Many question whether this should continue to be a goal if it’s not attainable. My view is that even if practically unattainable in the near term, there is no reason to set our targets lower. At the very least, such an overarching goal represents a community mission statement that signals we are serious about preventing and reducing homelessness in Indianapolis. No other community in the United States has eliminated homelessness, either. But that is no reason to stop trying and perhaps make Indianapolis the first to do so.”