Woods’ story about the game that earned the Bulldogs a second consecutive trip to the Final Four won the category game story/spot news. He beat a group of writers that included John Feinstein of the Washington Post and Gary Parrish of cbssports.com. 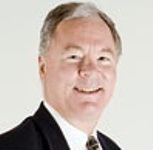 “Butler makes storytelling easy,” said Woods, who has covered Butler for The Indianapolis Star since 2001.

Woods has been an adjunct in Butler’s Eugene S. Pulliam School of Journalism, part of the College of Communication, since 2006.

Here is the winning story:

Bulldogs beat Florida in overtime, advance to another Final Four

NEW ORLEANS – Last year’s run to the Final Four was pure storybook. This one is saccharine fiction.

Butler lost Gordon Hayward to the NBA, lost nine of its first 23 games, lost its crunch-time magic and defensive mojo. Yet the Bulldogs never lost their way.

And now? They have won 13 in a row – the nation’s longest active streak – and are headed to Houston. College basketball’s ongoing drama continues.

The Bulldogs are back in the Final Four.

“Getting to this point isn’t easy and staying together isn’t easy when everything is going wrong,” junior guard Ronald Nored said. “And that was the thing that I think has gotten us to this point.”

Not easy? That is understating it.

Butler has been an underdog – in the betting line or by seeding – in eight consecutive NCAA Tournament games over 12 months. It has won all but one. Three of its four victories in this tournament have been by two, one and three (in overtime).

The victory soothed bitter memories of losses to Florida that eliminated the Bulldogs from the 2000 and 2007 tournaments.

Mack, who ended hostilities with a bandage over a bleeding forehead, scored 27 points. He was voted most outstanding player of the regional.

“It’s a physical game. That’s what the NCAA Tournament is all about,” he said.

Butler came within Hayward’s half-court shot of knocking off Duke in the 2010 national championship game at Lucas Oil Stadium.

“We’ve got some unfinished business in Houston,” Butler president Bobby Fong said amid a euphoric group of fans in a corner of New Orleans Arena.

Butler appeared to be out of business when Florida seized a 51-40 lead midway through the second half. The Bulldogs couldn’t make 3-pointers or free throws, and they couldn’t stop Florida center Vernon Macklin. He scored a career-high 25 points.

As the Bulldogs teetered, coach Brad Stevens tinkered. He inserted freshman Chrishawn Hopkins – who had played seven minutes over 17 games since Jan. 14 – and was rewarded for the ploy.

With Butler trailing 53-44, Hopkins passed inside to Matt Howard for a layup. Then Hopkins sank his first 3-pointer since Jan.3.

“We just said, ‘Score, stop, score, and the game will get a lot tighter,’ ” Stevens said.

A long 3-pointer by Florida’s Erving Walker missed before the buzzer, and overtime ensued.

Another freshman, Khyle Marshall, converted a three-point play to push Butler ahead 65-62 with 3:33 left in overtime. Nored, a 63 percent free throw shooter, sank four in a row to preserve the lead.

Champ Ligon, his former high school coach in Lexington, Ky., had seen it all before.

“Every time we had a big game, Shelvin would take over and get us a ‘W,’ ” Ligon said. “That’s his career. He’s been doing it since the eighth grade.”

Walker missed another 3-point attempt that was snared by Nored, who tossed the ball into the backcourt.

The seconds ticked away. A season that was slipping away is instead rushing on.

“I’m incredibly proud of these guys,” Stevens said. “They carried their coach in a big way. I got outcoached big-time. But our assistants did a great job and our players did a great job. Just a special group.”

Butler struggled against Florida’s shifting zone and man-to-man defenses and was 9-of-33 (27 percent) on 3-pointers. The Bulldogs shot an uncharacteristic 17-of-27 on free throws (63 percent) but were 7-of-7 in overtime.

Howard scored 14 points and Marshall 10. Andrew Smith, playing despite an ankle sprain, grabbed eight rebounds to lead Butler to a 41-34 edge in that column.

Butler became the first team outside the six major conferences to reach back-to-back Final Fours since UNLV in 1990 and 1991.

Butler is the first small school to do so since University of San Francisco took titles in 1955 and 1956.

Butler is the first team from Indiana ever to go back-to-back.

The joyous aftermath was highlighted by Stevens leaping to body-bump Emerson Kampen, as they did when the Bulldogs won last year’s West Regional at Salt Lake City. Then coach and players took turns cutting down the nets.

The moment so overwhelmed senior guard Shawn Vanzant that he left the others to sit alone with his thoughts.

In that, he was not alone.