Senior Kyle Inskeep will participate this January in a weeklong multimedia fellowship program for top minority broadcast journalism students at the Walter Cronkite School of Journalism and Mass Communication at Arizona State University. 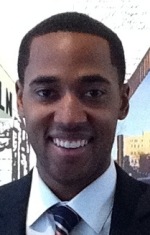 The Columbus, Ind., native will be creating news packages and anchoring newscasts on deadline while learning about newsroom ethics and leadership from reporters, producers, editors and videographers, and with instructors from the Cronkite School.

Students in the program work in the KPHO (CBS Channel 5) newsroom. They also receive instruction in topics such as how to get your first job, secrets of producing a top-flight audition tape and live reporting 101.

“I am extremely excited to work alongside professors from the Cronkite School, reporters from KPHO, and other minority student reporters for a week in January,” said Inskeep, an electronic journalism major in Butler’s Eugene S. Pulliam School of Journalism, part of the College of Communication. “This will be a great opportunity for me to further develop my skills as a multimedia journalist.”

Ten fellows are selected each year, half from the Cronkite School and half from other schools around the country. Students from universities outside of the region each receive a $2,000 stipend to cover expenses.

Inskeep’s goal is to become a local television reporter after graduation, with the goal of someday becoming an anchor for one of the national networks. He said he’s “become a better journalist, leader and a more well-rounded individual because of the liberal arts education” he received at Butler.