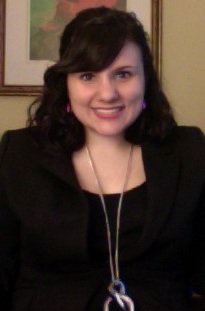 Why did you choose Butler? I came to Butler because of the connections I made with the Eugene S. Pulliam School of Journalism faculty when I first visited Butler for a scholarship interview. The personal relationships I’ve been able to foster in my time here have been one of the most valuable aspects of my education.

Most memorable academic experiences at Butler: I covered the long session of Indiana’s General Assembly, specifically the Indiana Senate, for my capstone reporting class last spring, Reporting Public Affairs. It was an invaluable experience because I was able to build close source relationships with state senators, work alongside Statehouse bureau reporters at major media outlets and write about contentious issues concerning the public, including a long-form story about collective bargaining in Indiana.

Also, I spent the fall 2010 semester in Washington, D.C. I worked at The Hill newspaper as a reporting intern. The highlight of my experience was pitching, reporting and writing an article about high-profile Republicans who have remained loyal to President Obama, which was named by ABC News’ The Note as a “must-read” for Oct. 29, 2010. I was fortunate enough to work at what I consider one of the best newspapers in the country with some of the most talented people who work in political journalism.

Activities you’re involved with outside of the classroom: My experience working in student media at Butler has been the most rewarding aspect of my time here. Right now, I am editor in chief of The Butler Collegian, which just won a national Pacemaker award. I’ve been able to practice and hone my craft each and every day that I work at The Collegian because we are a news organization that strives to be a living laboratory for budding journalists. The Collegian requires teamwork, challenging yourself, building relationships, making hard ethical decisions and doing it all under deadline pressure. I can think of no better or more rewarding experience for a journalist.

From interviewing Madeleine Albright, to doing an interview with Butler University Police Chief Ben Hunter while riding one of BUPD’s Segways, to investigating Butler’s parking situation for months, to producing groundbreaking multimedia coverage of the NCAA tournament, I’ve been so fortunate to have had such rich and unique reporting experiences.

The most important thing you’ve learned at Butler: Never settle for anything less than the truth, and don’t be intimidated by power. You can earn respect by building strong relationships with your sources that are based on mutual trust and understanding. Also, President Danko, Gov. Mitch Daniels and I all put our pants on one leg at a time.