When It Comes to Super Bowl Social Media, She’s in Command

Have a question or comment about the Super Bowl activities in Indianapolis? Butler junior Stephanie Hodgin has a response.

She’s one of about 50 people working in the Super Bowl social media command center, which was created to give real-time replies to people posting comments and queries on Facebook, Twitter and other sites. 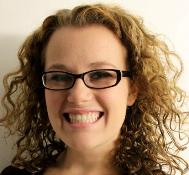 “It is taking social media to a whole new level; the future of social media, if you will,” she said. “There is no doubt in my mind that this will become a trend for future big events.”

Their aim is to provide directions, suggestions, respond to questions, monitor complaints and offer other information as needed.
Volunteers like Hodgin are the main researchers of information. She said they research the topics fans are asking about, then send their post to an editor of sorts, who checks to make sure the information is accurate before sending the info out.

The social media command center workers follow hashtags such as #SB46, #SBVillage and #social46, as well as events and taglines like zipline, NFL Experience and parking, using geocodes so they can get information from a 50-mile radius. Whenever someone posted about one of those topics and wonders about parking, lines, or times, they can tweet them back on behalf of the Super Bowl Host Committee.

“It’s such an awesome idea,” said Hodgin, a strategic communication major in the College of Communication. “I was overwhelmed at how updated, how energized, and how organized the staff was. They were incredibly welcoming and were thankful that we were there.”

The center is the creation of Indianapolis-based marketing agency Raidious. Hodgin got her volunteer position through the Public Relations Student Society of America.

She said most of the comments the center received last weekend were questions regarding directions to parking or where to buy tickets. A number also mentioned the quality of the bathrooms downtown in the Super Bowl Village, with one girl commenting “that they were nicer than her bathrooms at home.”

“The system is so organized and so effective,” she said. “I honestly don’t know why other companies wouldn’t try to tackle a project like this to engage the public.”