Serving on the Jordan College of Fine Arts’ Board of Visitors won’t be easy for Alfred Ironside ’85, who lives in New York and is director of communications for the Ford Foundation. 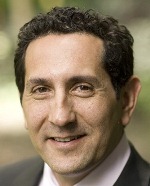 But he met with Dean Ron Caltabiano and “found his leadership inspiring. So I wanted to find a way to support him.”

“His vision is to reinvigorate the college, bring in fresh ideas, build the reputation for the college and extend it beyond the central Indiana region,” Ironside added. “Those are areas in which my background and experience can add value, and I share that vision with him.”

Ironside came to Butler from Philadelphia – “I think I was one of six kids from the East Coast in the early ‘80s,” he said – and majored in radio/television and political science. He got his media training as a staffer on WAJC and in Indianapolis at WIRE. Before joining the Ford Foundation six years ago, he handled communications for the American Red Cross and UNICEF, among other organizations.

At the Ford Foundation, Ironside works closely with the arts and cultural institutions the foundation supports. That, he said, gives him a broad perspective – one of a communications and branding professional but also someone who works closely with arts organizations and recognizes their contributions to society.

Caltabiano said Ironside will bring years of international communications experience to the Board of Visitors.

“Alfred’s knowledge and skills, his work with UNICEF and the Ford Foundation, and his enthusiasm for Butler will be a fantastic addition to the Jordan College Board of Visitors.” the dean said.

Ironside said he’s looking forward to reconnecting with JCFA. He reads the alumni magazine and newsletters, and feels “reasonably connected for an alumnus who lives on the East Coast and gets to Indianapolis only rarely. I’m looking forward to learning more.”

“I’m proud of having graduated from Butler,” he said. “I’m proud to be an ambassador for the institution. I had a wonderful experience there – an uncommon experience for an Eastern kid at that time, but I really gained a lot from my four years in Indiana and my four years at Butler. So I’m looking forward to being able to repay some of that and helping the institution grow and succeed.”